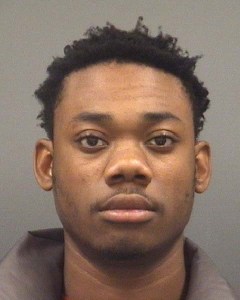 SALISBURY — A Salisbury man accused of rape and kidnapping on Thursday turned himself in to authorities after being placed on the Rowan County Sheriff’s Office most wanted list.

The man, Raheem Christopher Kelly, maintained his innocence through statements made by his attorney.

Earlier this week, the Rowan County Sheriff’s Office placed Kelly on its most wanted list. Thursday afternoon, the 24-year-old, accompanied by his attorney Statesville’s Ken Darty, turned himself in. He has since been released under a $10,000 secured bond.

When he was added to the most wanted list, limited information was released about the incident, only that he was charged with second-degree forcible rape and kidnapping and was last known to be living in Woodleaf.

Darty said he and his client are, “very disappointed that they chose to charge Mr. Kelly.”

According to Darty, his client is a nonviolent person with no criminal history.

He said the victim voluntarily went with his client to a store to buy cigarettes for her mother and, while with Kelly, smoked marijuana.

Darty said he thinks race plays a role in the incident because his client is black and the victim is white.

He also noted the victim’s lifestyle choices and added that no one’s lifestyle means they deserve to be sexually assaulted. He also said charges against his client are significant and damaging to his reputation.

Darty added that he felt there was no careful consideration of the facts before charging his client.

When asked about his client being placed on the Sheriff’s Most Wanted, Darty said law enforcement were aware of his client’s address and where he worked.

“He cooperated and met them on two separate occasions. We adamantly maintain his innocence,” Darty said.

SALISBURY — Let me tell you about my new friend, Believe Jackson. He is a sixth-grader at Southeast Middle School... read more