Christmas in Cleveland: A ‘genuine’ town delivers another homespun parade 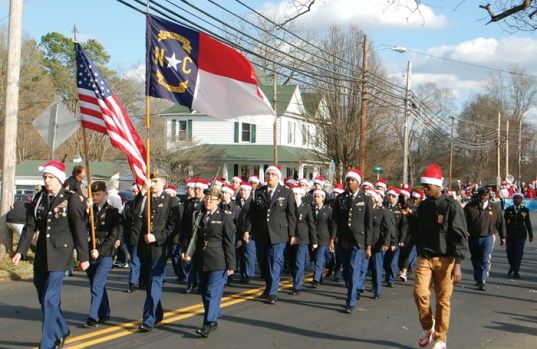 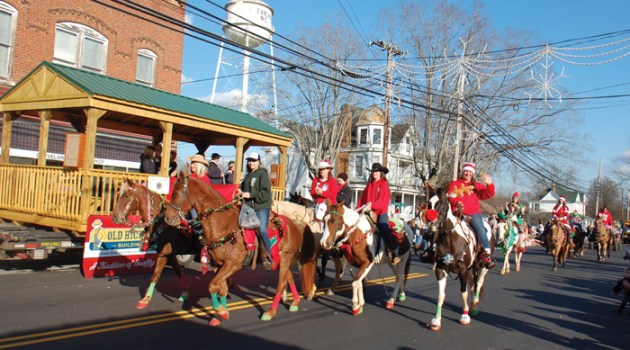 Mark Wineka/Salisbury Post A hallmark of the Cleveland Christmas Parade over 47 years has been its horses, and Saturday's edition did not disappoint. 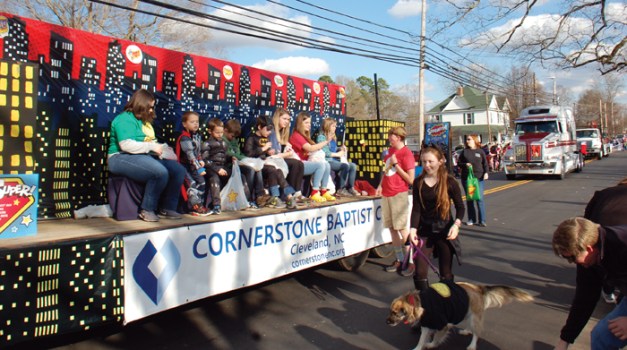 Mark Wineka/Salisbury Post Children on the Cornerstone Baptist Church float had plenty of candy to throw to the crowd. 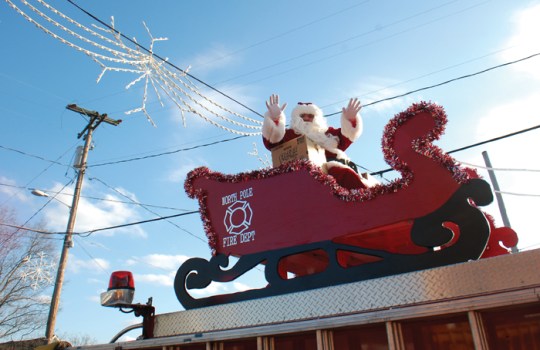 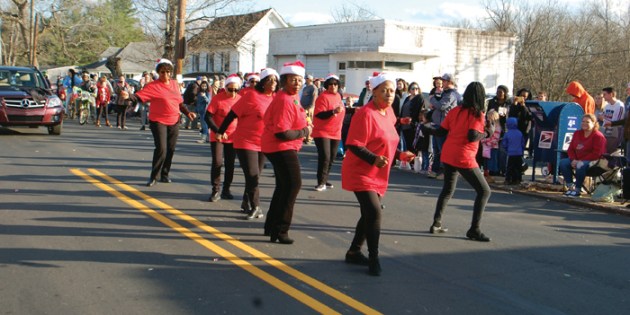 Mark Wineka/Salisbury Post To the crowd's delight, the Salisbury Dancing Queens and Kings gave a special performance in front of the judges' review stand.

CLEVELAND — When you come to the Cleveland Christmas Parade, you expect certain things.

And there’s also a pretty good guarantee you’ll know somebody in this procession going down Main Street.

If Salisbury has a “spectacular” holiday parade, then Cleveland could be said to have a homespun one.

Jewel and Nathan Van De Venter, who live in Mooresville and brought their five children, were taking in their first Cleveland parade. Their oldest son plays for the Salisbury-based Rattlers travel baseball team, which had one of the parade’s 60-plus entries.

“We don’t live here,” Jewel Van De Venter said, “but we love this little town. This is the sweetest little town…. I feel like the town is genuine.”

The Boy Scouts organized the first Cleveland Christmas Parade in 1972, and the Cleveland Lions Club took over in 1977, and the Lions have been putting in on ever since.

“We’ve got it down to a science,” said Terry Moore, the unofficial “voice of the parade,” who announces each entry as they come toward the judges’ review stand.

The judges — Stephanie McClannon and Julie Taylor, both of Cleveland, and Tim Safrit of Salisbury — had the Cadillac of review stands Saturday. Brought in on wheels, thanks to Miller Transport Co., it was the size of a large deck, covered by a V-shaped roof in case of bad weather.

Moore proudly noted that the weather has never forced a cancellation of the Cleveland Christmas Parade. It has been rained on, but never rained out.

McClannon started out intending to watch from her grandmother Kay Settle’s front porch — a great Main Street vantage point near the town’s “square.” But then the Lions drafted her to be a judge.

She has been attending this parade at least for three decades, McClannon guessed.

“It’s just a little community getting together,” she said. “It’s kind of neat.”

McClannon urged people to look for her daughter, Zoe, who would be riding on the Cleveland First Baptist Church float as the Grinch, with her best friend, Gracie Wise, as Cindy Lou Who.

Brian and Michele Keller and one of their daughters, Kailee, attended the parade to see another daughter, Kierah, who was a cheerleader on a Youth Football League float.

Brian brought his boxer, Viggio, with him. It was the young dog’s first parade.

“The horses came through a minute ago,” Brian said. “He lost his mind. … He’s a sociable dog — spoiled rotten.”

Brian Keller is a 1995 graduate of West Rowan who has attended many a Cleveland Christmas Parades. He said he is a big supporter of West Rowan High athletics “and all that entails.”

This year’s parade had many popular entries. One proved to be 10 women members of the Salisbury Dancing Queens and Kings.

When they arrived at the judges’ stand, the women emerged from their parade rides, formed two lines and rocked to a whole dance routine for the crowd.

The judges named them the “Regular” category winner for the whole parade:

Here’s a list of the 2019 Cleveland Christmas Parade winners by category:

It could be said the Cleveland Community Fire Department saved Christmas — or at least it made sure Santa’s sleigh had a ride.

Santa Claus usually makes his appearance at the end of the parade on Cleveland’s ladder truck. But the ladder truck wasn’t available.

The firefighters figured out how to affix Santa’s “North Pole Fire Department” sleigh to the back of an engine and everything was fine.

As it always is at the Cleveland Christmas Parade.