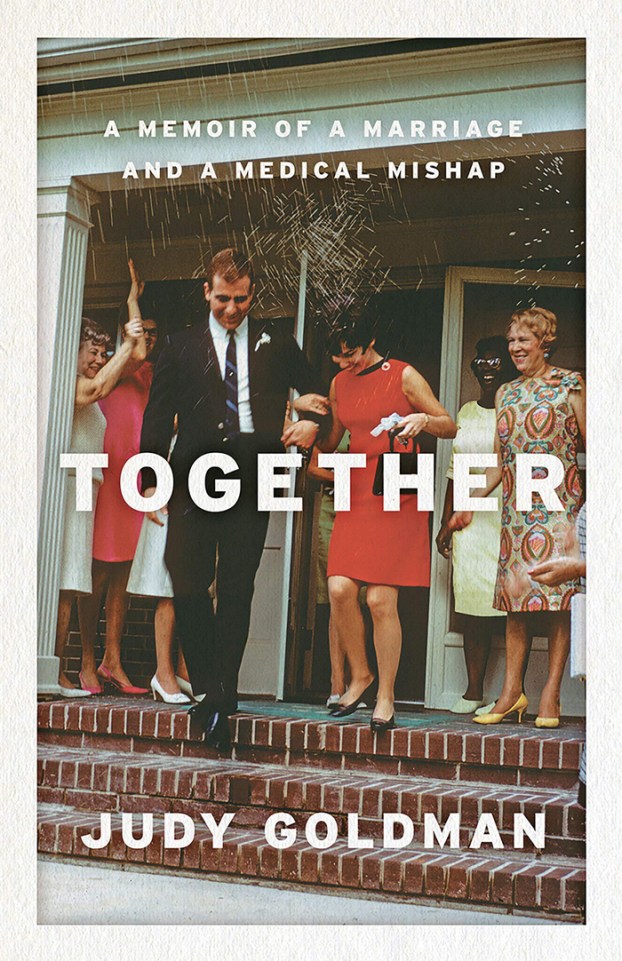 Can the struggles chronicled by four North Carolina authors help the rest of us deal with our own everyday challenges?

A wife whose beloved husband is crippled by a botched medical procedure? An African American judge breaking through centuries of institutional racism? A grossly overweight man’s daily struggle to lead a normal life? A teenaged girl tossed suddenly into a part of her family she had not known before?

These stories will be featured on UNC-TV’s “North Carolina Bookwatch” during October.

In  “Together: A Memoir of a Marriage and a Medical Mishap,” Charlotte’s award-winning author Judy Goldman tells how a newspaper ad and a doctor promised a simple procedure to give relief for her long-suffering husband’s back pain. Instead, it led to paralysis and a new set of pains, which changed the lives of her husband and Goldman. She tells the poignant story of how they and their marriage survived this challenge. (Featured on “Bookwatch” Oct. 6, 8).

In November 1971, Gov. Robert Scott appointed High Point lawyer Sammie Chess Jr. as a superior court judge. Such appointments are always special, but this one was historic. Chess was the first African American superior court judge ever to serve in North Carolina. His story of how he came from a cotton field tenant shack to the judgeship, through poverty and racism, is one every North Carolinian should remember. That story is well-told by Joe Webster, a lawyer, judge, and Chess’s admiring friend, in “The Making and Measure of a Judge.”

When Chess was asked how he was able to get beyond the Jim Crow situations of his youth and early law practice, he said,  “You treat people the way you want to be treated, not the way you are treated. I didn’t let them set my standards. If a Klan member can bring you to his level, then you are not well rooted.” (Oct. 13, 15)

Tommy Tomlinson is a terrific writer with a big fan club from his more than 1,700 columns in The Charlotte Observer and compelling stories as a freelance writer for Esquire, ESPN the Magazine, Sports Illustrated, Forbes, Garden & Gun.

He also had a terrific problem that he summarized as follows:

“The government definition of obesity is a body mass index of 30 or more. My BMI is 60.7. My shirts are size XXXXXXL, which the big-and-tall stores shorten to 6X. I’m 6-foot-1, or 73 inches tall. My waist is 60 inches around. I’m nearly a sphere.”

In “The Elephant in the Room: One Fat Man’s Quest to Get Smaller in a Growing America,” Tomlinson speaks to all of us who have trouble resisting Krispy Kreme doughnuts, bowls of ice cream, M&M’s, hot dogs, cinnamon biscuits, and Chips Ahoy cookies, all the while being worried about getting or staying fat. (Oct. 20, 22)

In her 14th novel for young adult/teen readers, “The Rest of the Story,” Sarah Dessen introduces us to Emma, whose father is taking his new wife on a long honeymoon trip to Europe. Emma’s mother is dead, but somehow Emma winds up with her mom’s family in a working class section of a resort called North Lake, where her mom grew up. Her dad’s family had vacationed in a wealthier section.

Emma’s struggles to find a place in her mother’s family, along with the usual adjustments required of a teenaged woman make for an inspiring story. There is a strong sense of place in North Lake, which Dessen says was inspired by her family’s vacation trips to a popular North Carolina vacation spot, White Lake, in Bladen County. (Oct. 27, 29)

All four books have inspired this North Carolinian to put his life’s challenges in perspective.

Let your appliances do the work for you

By Deirdre Parker Smith deirdre.smith@salisburypost.com Will summer never end? We will ever get to the season of soups and stews,... read more