Thomas the Train comes alive at N.C. Transportation Museum’s ‘Day Out with Thomas’ 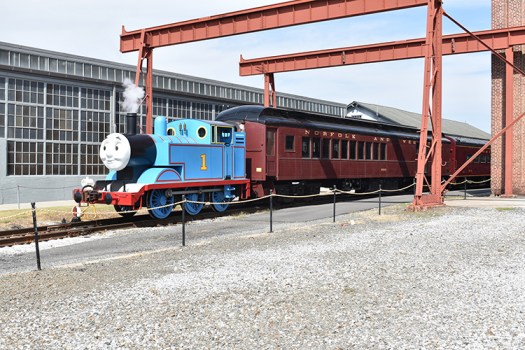 Thomas the Tank Engine will be back at the N.C. Transportation Museum. File photo 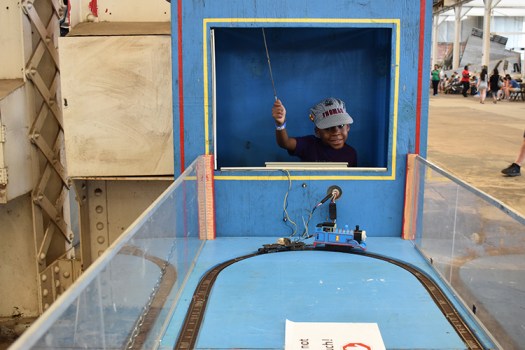 Golden McKinney, 4, toots the train whistle as Thomas the Tank Engine goes by. He has been coming to a Day Out with Thomas since he was one. 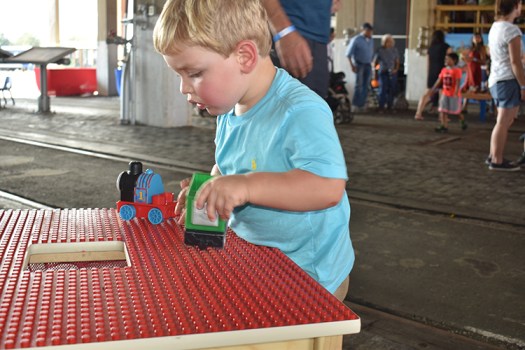 Silas Irwin, 2, plays with Percy the Small Engine and Thomas the Tank Engine at the N.C. Transportation Museum on Saturday. Silas likes trains, trucks and tractors. 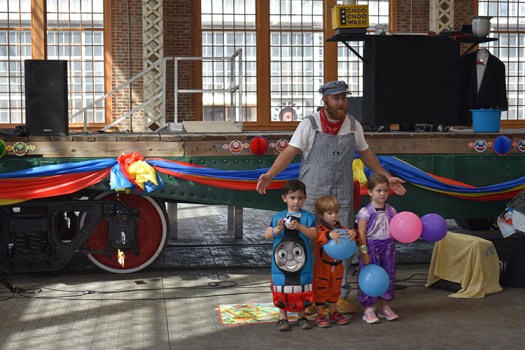 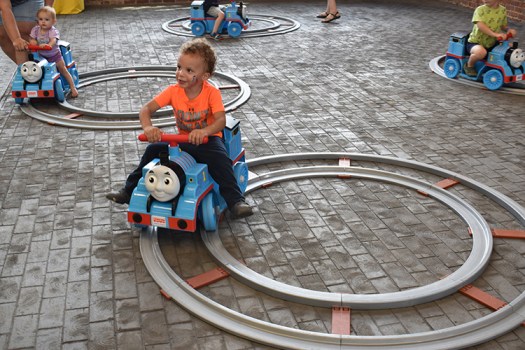 SPENCER — Thomas the Train fanatics scattered across the N.C. Transportation Museum Saturday for day two of the popular Day Out with Thomas.

The event takes place over two weeks and is its 24th year. The crowds are proof that it’s a crowd favorite, bringing visitors from hours away to get a ride on Thomas or the newest addition, Percy the Small Engine.

Mark Brown, the museum’s public information officer, said Day Out with Thomas has grown and grown over the years, first starting out with just Thomas, but now the museum’s 60-acre property is filled with trains. Some are model-sized. And there are play areas on which visitors can build build battery-powered trains, too.

Ethan Adams came with his three children. The oldest two, Grayson, 3, and Ellie, 5, participated in a first for the event, a costume contest. Grayson dressed up as an astronaut. Ellie was Shimmer, a genie from the animated series Shimmer and Shine.

The Adams continue to come to the museum as their kids get older and the museum gets new additions.

The kids’ reactions to the trains is the reason they keep coming back. The interaction with the trains and that the eyes and mouths move makes it particularly special, Ethan Adams said.

“The kids’ expectations get blown away,” he said. “It just makes that magical moment happen.”

There are few places where people can go to see the real-life version of something their kids watch on TV, Brown said. That’s part of the reason the event so popular, he said.

Ethan Adams’ father-in-law was obsessed with trains, he said. And he likes historical pieces that the museum showcases, including a former president’s train car, that he can walk around in.

Liam Aviles, 3, also participated in the costume contest, donning something very fitting for the day: Thomas.

His mother, Danielle Aviles, and aunt, Sarah Testerman, said coming to the event has become a tradition for the family. They travelled from Virginia and plan to revisit for the museum’s Polar Express event.

Danielle said Liam was memorized at the museum. And, she said, they have noticed the increase of the kid-focused activities this year.

Gabriel Rogers celebrated his fifth birthday with Thomas and Percy. Traveling from Elizabethtown, Tanesha Munn said the trip was well worth it. The train ride had theme songs from the Thomas & Friends show that kids could sing along to, and the train passed by Percy.

Brown said he likes the museum’s ability to put smiles on kids’ faces, along with their parents.

“You get to say hello to so many different people,”Brown said. “You get to watch how their kids are affected by it and how happy they are.”

Kimberly Henderson came with her mother and her 6-year-old Caleb McCullough. It is the sixth year the family has visited. Henderson said she appreciates seeing the joy and compassion kids have for Thomas, especially since he teaches them morals.

Brown expects to see 18,000 people coming out to Day Out with Thomas once the two weekends are done.

With visitors coming from miles away, Brown said the N.C. Transportation Museum’s partnership with the Rowan Convention and Visitors Bureau has made it easy. Those staying in a Rowan County hotel received free tickets to a Day Out with Thomas.

“The fact that we continue to see year after year people traveling far means we’re doing something well,” Brown said. “It makes us proud of our efforts and what we’re able to do.”

Day Out with Thomas continues today and next weekend, Oct. 4-6. Brown advised that Saturday sells out the fastest and to purchase tickets in advance. Tickets can be purchased online at nctrans.org/Events/Thomas or by calling 866-468-7630.

The N.C. Transportation Museum’s next event is Trick or Train on Oct. 26.