Darrell Blackwelder: The curse of the giant ragweed 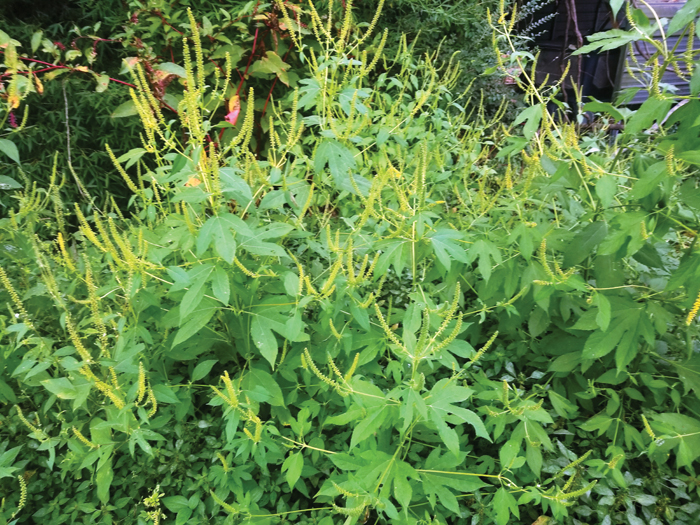 If you’ve had a runny nose, sneezing or other hay fever symptoms lately, you may be experiencing the curse of giant ragweed pollen.

It’s a common allergy weed found in all the lower United States except for Nevada. The annual weed is commonly found along roadsides, fence line and abandoned fields in Rowan County.

Reaching a height of six feet or more, the giant ragweed (Ambrosia artemisiifloia) is one of 41 members of the sunflower family and labeled a noxious weed for our area. It also has a tremendous impact on many of our agronomic crops, especially corn and soybeans.

In our region giant ragweed blooms in late August with peak pollen production at the end of September. The plant exists until the first hard frost, but with less pollen at the end of its life cycle.

This weed is extremely prolific capable of producing over 10,000 seeds per plant with the ability to germinate over a two-week period in early summer.

The weed does have some value as it provides food and shelter for various insects and fall migrating birds.