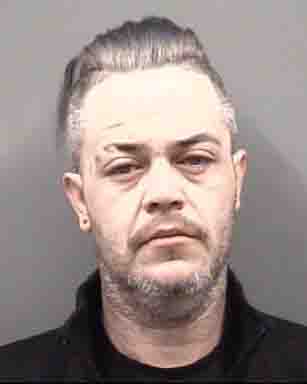 SALISBURY — An inmate charged with murder was found dead in his cell at the Rowan County Detention Center on Thursday morning.

James Christopher Rife, 36, had been in jail for 266 days awaiting trial on charges of murder and attempted robbery with a weapon in the Feb. 1 death of Lakyn Jade Bailey, according to the Rowan County Sheriff’s Office.

Rife, of Third Creek Church Road in Cleveland, was given his breakfast tray shortly before 8 a.m. Thursday while he was in his single cell, authorities said. He talked briefly with the detention officer who gave him his food, then talked to the officer a short time later when he checked to see if Rife was done with his meal.

Sometime later, other inmates told detention officers that Rife appeared to be slumped over in a seated position in his cell and they could not get a response from him.

Detention officers called 911, and a jail nurse and other staffers began CPR on Rife in his cell, authorities said.

The Salisbury Fire Department and Rowan Emergency Medical Services responded to the 911 call and determined that Rife was dead. There were no signs of trauma or foul play in his cell or on security video, authorities said.

The Sheriff’s Office informed Rife’s family of his death.

Authorities also contacted the N.C. State Bureau of Investigation and the N.C. Medical Examiner’s Office. A medical examiner released the body for an autopsy. The SBI will investigate Rife’s death.

Rife and co-defendant Joshua Wade Kennedy were charged with murder in the death of Bailey, a 25-year-old Davidson woman. Bailey had been involved in illegal drug sales at a motel in Statesville before she was shot, according to the Sheriff’s Office.

Investigators said the shooting happened on Apple Road near Burmac Circle and Bailey was driven to the Country Cupboard convenience store.

Rife was identified as a person of interest early in the investigation.

For background on the murder, see https://www.salisburypost.com/2019/02/27/cleveland-man-in-jail-for-murder-indicted-on-armed-robbery/

SALISBURY — The Davidson County Health Department reports that cyanobacteria has been found in High Rock Lake after a complaint... read more