Cleveland man in jail for murder indicted on armed robbery 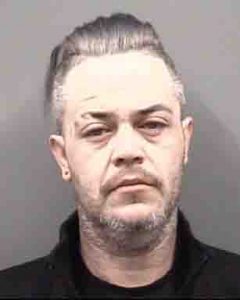 A Cleveland man already in jail for the January murder of Lakyn Jade Bailey during a drug deal has been indicted by a Rowan County grand jury on armed robbery charges.

The grand jury returned a true bill of indictment late last week for James Christopher Rife, 36, on charges of felony robbery with a dangerous weapon. He was issued an additional $10,000 secured bond.

He was being held in the Rowan County Detention Center without bond on the murder charge.

The Rowan County Sheriff’s Office said Rife and Joshua Wade Kennedy are responsible for the death of the Davidson County woman. Kennedy, who also has been charged with murder, is also in the county jail under no bond.

Rife had been identified early in the investigation as a person of interest.

Rowan detectives and agents of the State Bureau of Investigation had remained in contact with the Rowan County District Attorney’s Office since the early Jan. 27 murder on Apple Road, near Burmac Circle.

The Salisbury Police Department was called to the Country Cupboard convenience store early Jan. 27 on a report that someone had been shot. They found Bailey dead inside a vehicle being driven by Jason Donald Cranfill, 41, and determined that she had been shot elsewhere and her body driven to the store.

Cranfill was later charged with felony possession of methamphetamine.

Detectives said Bailey had been involved in illegal drug sales at a motel in Statesville. Investigators said the shooting was the result of a drug deal that turned violent.