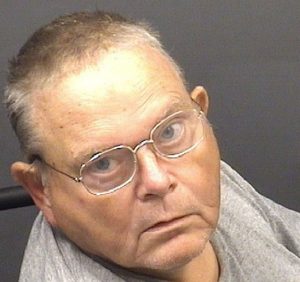 SALISBURY — Warrants confirm that Billy Pless Jr., 66, who has been arrested numerous times on charges of assaulting women, was arrested late Wednesday night by Spencer police on charges that he groped a hospital employee nearly a week ago.

Court records show Pless is expected in court Sept. 12. He was charged with misdemeanor assault on a female and misdemeanor sexual battery.

The Salisbury Police Department issued warrants for Pless’ arrest. He remains in the Rowan County Detention Center under a $2,500 secured bond.

He was recently released from prison after a June conviction for assault and sexual battery after a two-day trial. He was found guilty of groping a woman and holding her against her will in 2017. The woman was walking from a friend’s house when Pless called out to her. He asked for her help to lift a bag, then grabbed the woman when she tried to walk away.

Pless was sentenced to 11 to 23 months in prison and was required to register as a sex offender for 30 years. Pless received credit for the time he spent in jail while awaiting trial, which was about a year and 10 months.

His criminal record dates to 1982, when he was convicted of assault with a deadly weapon in both May and July of that year.

He also has been charged with disorderly conduct, habitual misdemeanor assault, and making harassing or threatening phone calls. In September 2013, Pless was convicted of assault and battery.

An earlier story can be found here: https://www.salisburypost.com/2019/08/29/habitual-offender-billy-pless-wanted-by-police-for-assault/

CHINA GROVE — Local firefighters and emergency responders have organized a Sept. 11 observance that will include a display of... read more