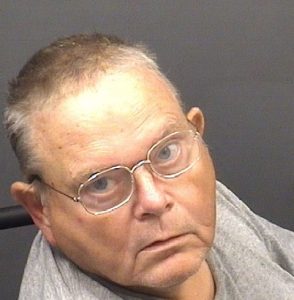 Salisbury Police say they are looking for habitual offender Billy Floyd Pless Jr. after he was accused of groping a female hospital employee. This latest incident is one of many assaults on women that Pless has been accused of and subsequently convicted.

Police officials said Pless, 66, faces misdemeanor assault on a female and misdemeanor sexual battery charges. The incident occurred Saturday and was reported to police this week. Pless, who has been known to sleep inside his van, has no known address, but has frequently been parked in downtown Spencer.

He was recently released from prison following a June 2019 conviction for assault and sexual battery after a two-day trial for groping a woman in 2017 and holding her against her will. In that incident, a 27-year-old woman told police in 2017 that she was walking home from a friend’s house about 7 a.m. on a Saturday. When she crossed the street, Pless called out to her from his van.

He pleaded guilty to felony habitual misdemeanor assault and misdemeanor sexual battery. He was sentenced to 11 to 23 months in prison and was required to be on the sex offender registry for 30 years. In that incident, Pless received credit for the time he spent in jail while waiting for the case to go to trial, which was about a year and 10 months.

Before the trial, Pless had been released from prison after a nine-month stay for being a habitual felon.

Dorian may be churning up the Atlantic, but we’ll be calm and warm for the next few days. Today will... read more