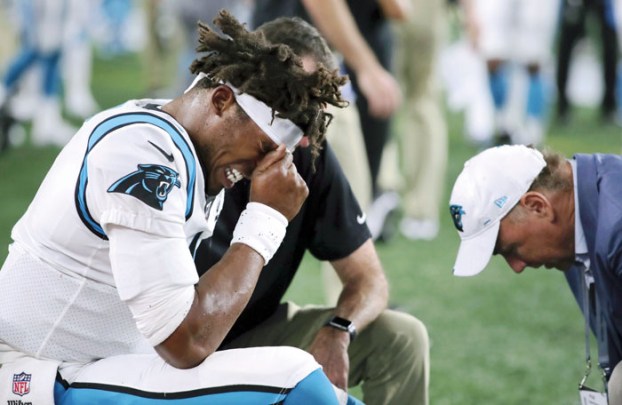 Carolina Panthers quarterback Cam Newton (1) receives attention on the sideline after an injury in the first half of an NFL preseason football game against the New England Patriots, Thursday, Aug. 22, 2019, in Foxborough, Mass. (AP Photo/Charles Krupa)