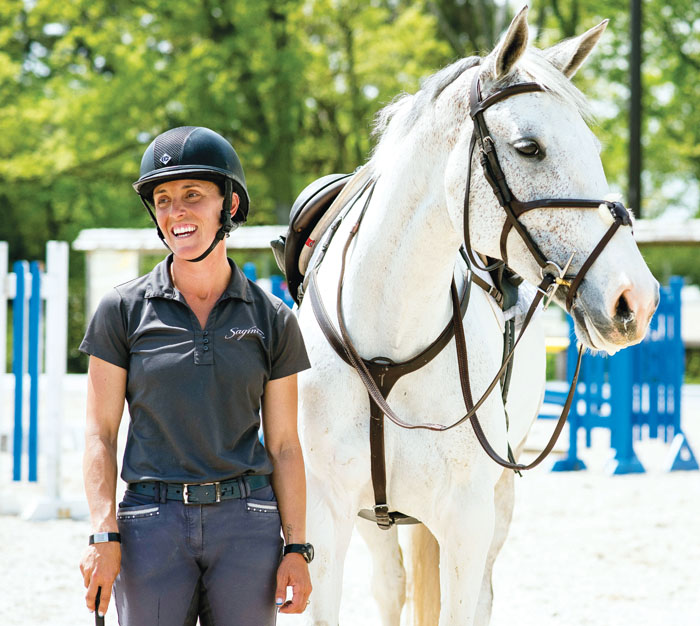 LIMA, Peru — Dana Cooke, Equestrian Activities Director at Kingfisher Farm Park in Rowan County, began her bid to qualify for the 2020 Olympics, with her first day of competition on Friday at the Pan Am Games.

Cooke finished 13th out of 42 competitors from 12 countries in the equestrian sport of eventing dressage.
Competition continues with cross country on Saturday and show jumping on Sunday.

Cooke’s score on Friday was 32.80 and her cumulative score for the three events will count.
Eventing is an equestrian triathlon, with one of the phases, cross country, having a significant risk and adrenaline factor. Dressage is done in a memorized pattern, similar to figure skating. Show jumping is the portion most often related to equestrian sport and has knock-down barriers.

The cross country jumping has more rigid jumps, seldom able to break away when hit by the horse, increasing the chance of injury for the horse and rider. Cooke said, “It’s an equestrian triathlon that tests the communication, trust, endurance and strength of a horse and rider combination. As a pair, you need to have the ability to be elegant and fluid on day one, fast and agile on day two and controlled and accurate on the third and final day.”
Cooke, 32, competes for Canada and was born and raised in Merritt, British Columbia. She moved to Norwood at age 20 and has been in this area since.

The USA’s Tamra Smith led the event after Day One. The US and Canada took seven of the top 10 places.