Hovis campaigning for second term on Spencer Board of Aldermen

SPENCER — Two years after making history as the first African-American to serve on the Spencer Board of Aldermen, Mayor Pro Tem Sharon Hovis is campaigning for re-election.

Hovis — a graduate of North Rowan High School and Livingstone College — serves as chief of police for the town of East Spencer. 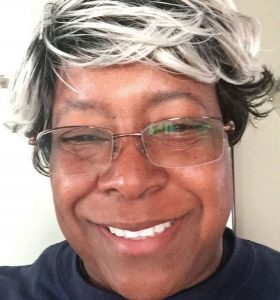 She came in first in the 2017 alderman race with 235 votes, trailed by incumbents Sylvia Chillcott and David Lamanno, who tied with 229 votes.

Her election was challenged by the State Board of Elections and Ethics Enforcement because of her job as police chief. The board cited a state law prohibiting police officers, chiefs of police and auxiliary law enforcement officers from holding elected office.

But through consultation with Town Attorney Rivers Lawther, the town moved forward with her election, finding the conflict would have held only if she were serving as police chief in Spencer rather than neighboring East Spencer.

In seeking re-election, Hovis said her motivation is the town’s current state of affairs,

“Spencer is known for being historic, but it’s starting to look prehistoric,” she said.

She cited incomplete infrastructure projects on Fourth Street and 17th Street and at Park Plaza shopping center, “projects that were started and must be completed,” she called them.

The vision, said Hovis, is to act as a public servant, engaging residents about their concerns with complete transparency about town operations, infrastructure and other ongoing projects.

“With the community’s input and a collaborative board, the town of Spencer will thrive with a series of collective decision making,” she said. “That would, of course, imply openness, communication and accountability.”

And openness in town operations is vital, she said.

“I believe in transparency, for it is a powerful force that, when consistently applied, can help fight collusion, corruption, improve governance and help promote closeness with the community,” said Hovis.

A look back: Erica Parsons reported missing six years ago