David Freeze: A day to catch up, plan for ferry trip 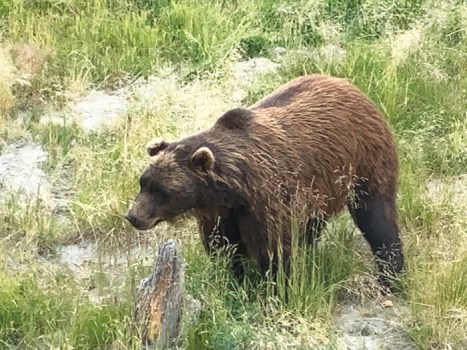 Another grizzly encounter, and this one was close. Thankfully he was inside the Alaska Wildlife Conservation Center and not able to chase a bicycle. David Freeze/For the Salisbury Post 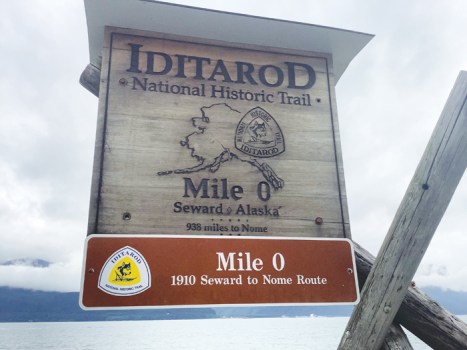 Seward was famous as the site of the original Iditarod Trail, the sled dog race now held on other courses. David Freeze/For the Salisbury Post

As part of my first restful sleep without a cycling agenda to follow, I relished an extra hour in bed.

I had plenty to work on to plan the next week, and the extra time helped with that.

My first big concern was to find Avis at the Anchorage airport, and I did that with almost a six-mile bike ride — a pleasant one on a Saturday morning.

My daughter Amber and her husband, Jamie, were arriving on a Princess cruise ship and were being bussed to the airport. We found each other at the Avis counter. We picked up a car and I rode the bike to The Bike Shop to ship it home. The cycling was over, but the car, plane and ferry experience was beginning.

Another visit to the Anchorage visitors center produced a sharp woman who suggested that we might visit Seward, a historic town about a two-hour drive away. We looked around town briefly and drove toward Seward after Jamie and Amber sampled reindeer meat.

Our first stop was at the Alaska Wildlife Center to see plenty of native animals that needed to be rehabilitated for various reasons. We saw bears, reindeer, caribou, elk, foxes and just about anything native to Alaska.

The place was packed on a chilly and breezy day.

Next was a stop in waterfront Seward. Founded in 1898 as part of a trail system used by miners to drop off gold and pick up supplies, Seward grew quickly. Dog mushers ran loads between Seward and Nome and later to other points.

Mile 0, or the beginning of these famous trails, is signified by a historic marker in Seward and became known as the Iditarod Trail. Use of the trail declined as the popularity of airplanes grew.

The famous race that bears the Iditarod name now sends teams of dogs and mushers on other routes while the original trail is still open and available to cover by foot, bicycle or vehicle in whole or in part.

We spent the night in Cooper Landing, north of Seward, at a lodge called Grizzly Ridge. It is a cool little town with a few motels, the lodge and several stores. Gold was discovered here in 1884, near the outlet of Kenai Lake into the Kenai River. The beautiful green river flows just below, and the beauty of the place is incredible.

Sunday will take us back to Anchorage and likely a trolley tour of downtown before Amber and Jamie fly home. I will spend another night in Anchorage and then board the short flight to Juneau on Monday morning to spend some time exploring that city before connecting with the Alaska Ferry and an almost three-day ride back to Bellingham, Washington.

I understand there are some good things to see in Juneau, and I am always excited to fly, especially to a new town. But this ferry ride gets rave reviews for scenery, people stories along the way and the experience of stopping in little towns, day and night.

I have been eating quite a bit and have slept off and on. Some catching up is due on food and rest, and I think both will happen.

Jamie’s first words were, “You been out for a while?” Apparently I look rough. My bag is packed for the week ahead. Most of my clothes are clean even.

After another grizzly encounter and my first ever sighting of three eagles, it was a good day. Join me back here for more adventure.

Thanks to additional sponsors Dick Richards, David Post, The Trophy House, the Men on Mission at First Baptist Church in China Grove, and Gear for Races.

Thanks for your support too.