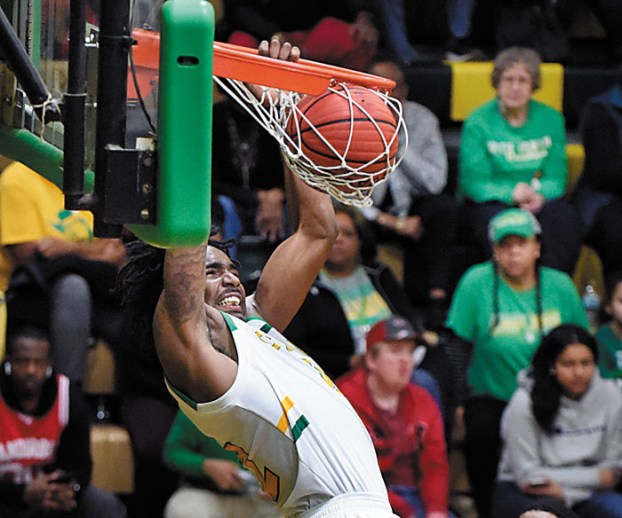 Wayne Hinshaw file photo/for the Salisbury Post ... Dayjuwon Cooke dunks for North Rowan during a state 1A playoff game against Carolina International on Feb. 26. Cooke has announced that he will continue his education and basketball career at The Master’s School in Connecticut.

High school basketball: The next step for North grad Cooke will be in Connecticut

Cooke will head to Connecticut school 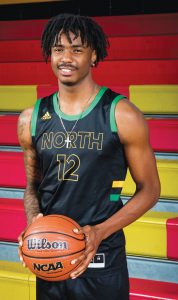 SPENCER  — In late May, North Rowan’s Dayjuwon Cooke, the Rowan County Basketball Player of the Year for boys basketball, announced he would enroll as a postgraduate student at The Master’s School in West Simsbury, Connecticut.

The prestigious academic school is about 15 miles northwest of Hartford. It’s more than 700 miles from Cooke’s home. A trip by car up interstates 85 and 95 to West Simsbury takes more than 11 hours.

“It’s a long way,” the 6-foot-4 Cooke said. ” I know it’ll be tough for a while being that far from home, but at the same time, getting away is going to be good for me.”

The Master’s School accepts about five postgraduate students each year. In some instances, students are seeking to bolster their academic credentials for college, but that’s not the case with Cooke, who already is fully qualified as far as his GPA and standardized test scores. Cooke will have a chance to earn some college credits this school year while expanding his basketball abilities. He’ll play and practice against top competition on a daily basis and he’ll gain exposure to colleges in the Northeast.
This extra year before he head to college will give Cooke some additional time as he makes a transition from high school power forward to college wing player.
“I’m looking to improve my skills — things like my outside shooting and ball-handling,” Cooke said. “My hope is to be a Division I player.”
Just about everyone believes Cooke, who received all-region as well as county and conference accolades, is at least a Division II player, and it’s certainly possible a D-I opportunity will happen for him. He combines solid athleticism with relentless determination and has earned his reputation as a hard-nosed guy who works at both ends of the floor.
At North, his points came in bunches, primarily by crashing the boards or running the floor. He made some jump shots, but that wasn’t his forte. He was a finisher. He didn’t take many dribbles, but he scored a ton of points as a senior — 534 total, 17.2 points per game — for a 28-3 team that went 16-0 in the 1A Yadkin Valley Conference, won the league tournament and reached the semifinals in the state playoffs.
“Dayjwuon is a really good basketball player, but he’ll never be as good a basketball player as he is a person,” North coach Jason Causby said. “We had a great feel in our locker room this year because of our senior leaders. I was fortunate. I don’t know that many coaches get to experience a season like we had in 2019, where guys were not only talented, but got along and had great chemistry.”
Cooke said he was spotted by a Master’s School coach when he was competing in an AAU game for the Charlotte Aces.
“He played really well in a tournament they were scouting,” Causby said. “And there was a lot of networking involved. As coaches, we have a lot of contacts, and one thing led to another. We try to do a good job of keeping video and film of our guys out there. Coaches know we had some good players.”
North had enough good players to rack up 21 straight wins at one point.
“Good players and we had guys who had great support at home, as well,” Causby said. “They had people who pushed them to do the job in the classroom from the time they were in high school, and if you don’t have that, your guys don’t get a chance to play at the next level.”
Cooke was a testament to work ethic. He was a player who kept getting better during his time in the program. He was mostly a jayvee as a freshman before he averaged 5.1 points a a role-playing varsity sophomore. He emerged as a major threat as a junior, averaging 13.6 points to lead the Cavaliers in scoring. By the end of that season, he was putting up some 20-point outings and he averaged 19.5 points in the playoffs.
Cooke’s growth continued as a senior. He scored 25 points on opening night in an overtime win against Northwest Cabarrus and had three more 20-point performances before Christmas.
In January, he had a near flawless effort in racking up 38 points against Uwharrie Charter, the biggest scoring game by a Cavalier in decades. In North’s five playoff games, he was the Cavs’ leading scorer four times. He finished his career with 1,090 points, 11th on North’s all-time list.
“He was one of those players who welcomed me with open arms from the first day I was here,” Causby said. “He has God-given talent, but he also was one of the guys who never missed anything. He was always there in the gym and in the weight room, and he was there for all the agility drills. And if we didn’t have anything scheduled, he was still calling me, wanting to know if he could come in and get some shots up.”
Cooke will report to The Master’s School on Sept. 1.
“It’s a really good opportunity,” he said. “I’m grateful that I had coaches and teammates who helped me get here.”
You Might Like

Former Livingstone QB has another great season in IFL

By Dennis Davidson dennis.davidson@salisburypost.com Drew Powell already has a legacy at Livingstone College. Now, he’s working on one in professional... read more