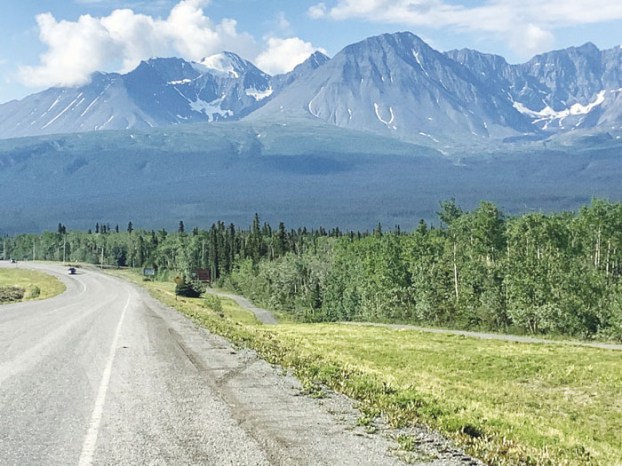 The Kluane Range was one of Freeze’s favorites so far. David Freeze/For the Salisbury Post 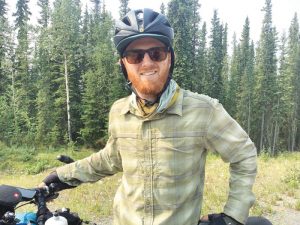 The cloud of the evening at the Roundway Truckstop on the Alaska Highway was hanging heavy as I got up this morning.

It’s Monday, July 8, and just four days of cycling should remain after today. I hatched a plan and think it is the right one. There are all kinds of total mileages out there to Anchorage from Tok, the place where I plan to spend the night.

Contrary to nearly every other day, I do not plan to push for excessive mileage. By doing only 49 miles today, which I have completed, I will need a daily average of 82 miles for the last four days.

I have differing reports of what the terrain will be like, but there is always climbing. Once again as in the last four days, there will be few towns.

The afternoon off with the shorter mileage allowed me to catch up on a lot of things, wash my riding clothes and eat the most food possibly that I have on this journey. I got a great shower. I haven’t taken a nap yet, but a very early bedtime is coming.

Tok, Alaska, is small town made up mostly of motels and restaurants. Amazingly, the prices are similar to those at home. Bananas are 44 cents per pound. Large, individually wrapped oatmeal and peanut butter cookies are 99 cents each.

There are lots of nice people here too.

The smoke is drifting this way, and all the talk continues to be about the fires.

I have read some and know that the next town is about 140 miles away, meaning probably another night in the woods. That town is Glennallen, Alaska, and the Glenn Highway is called one of America’s best road trips. It looks like about four big mountains.

On the way into Tok today, I met Brett Woodward, of Chesapeake, Virginia, who is pedaling to New Mexico. He told me about the first part of the Glenn, but he didn’t do the hard parts.

Brett and his friend, who was a good ways behind, are just a small group of Americans I have seen out for a serious period of long-distance cycling. About 75% of those I have met so far have come from other parts of the world to come and see America up close.

For tonight, I am in the Three Bears Motel in Tok with a big breakfast planned first thing. Then, away we go again.

Over the last four days, I have spent most of my time riding in the road. I have been told also that the road will improve toward Anchorage. I hope it goes downhill a little bit, too.

If I owe you an email answer, send your message to runner.david.freeze@gmail.com.

I have some more planning to do now to make best use of tomorrow (Tuesday, July 9), and the following three days.