Political Notebook: Dan Forest to kick off run for governor in August 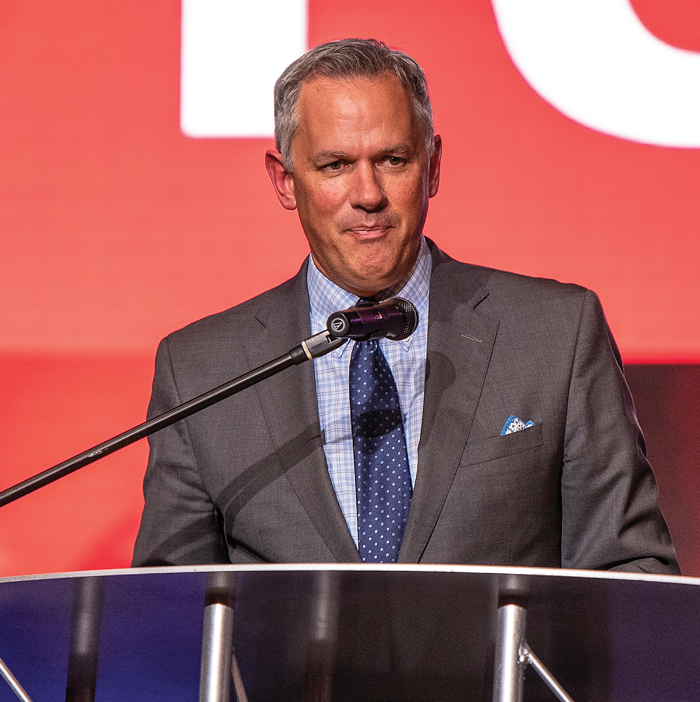 After stirring up excitement with speeches in Rowan County, Lt. Gov. Dan Forest plans to formally enter the governor’s race on Aug. 17 with a speech at the Winston-Salem Fairgrounds.

Forest spoke at the Rowan County Republican Party’s Lincoln Reagan Dinner on June 28. He also spoke at Cornerstone Church in Salisbury on June 23.

At the June 28 dinner, he predicted the 2020 governor’s race will be a hard-fought campaign.

Forest announced in January that he had formed an exploratory committee to challenge Democratic Gov. Roy Cooper in 2020. Cooper has not yet officially announced that he will seek a second term.

At the Aug. 17 kickoff, “exploratory committee” will be dropped from the campaign’s official name.

The Dan Forest for Governor kickoff rally will be free to attend, but tickets will be required. Ticket information is at danforest.com/kickoff.

Whether Medicaid expansion is included in the final state budget remains unclear, but as talks continue, local projects remain funded.

Rowan County is slated to receive millions for local projects in the new budget. The N.C. Transportation Museum is allotted $2.25 million over two years for renovations to the Power House. Community Care Clinic of Rowan County is allotted $50,000. The Bell Tower Green park would get $50,000 in funding, and Rowan-Salisbury Schools would receive $300,000 as part of the renewal initiative.

Republican leaders and Democratic Gov. Roy Cooper have failed to find a compromise despite the fiscal year beginning July 1. Cooper vetoed a budget passed by the legislature because it failed to include Medicaid expansion.

“Compromise shouldn’t be a dirty word, and we need to work together to provide for North Carolina’s most pressing needs,” Cooper said. “This budget gives us an opportunity to secure health insurance for half a million people and strengthen public education while still balancing the budget, cutting taxes for people and saving responsibly.”

Sen. Carl Ford, R-33, and Rep. Harry Warren, R-76, have advocated for the General Assembly’s budget. Both say they are confident the county projects will still receive money and, if not, it can be allocated in local bills.

Ford and Warren say the budget as a win for public education. Warren said Medicaid should be discussed in a special session and not during budget negotiations, as Republican legislative leaders have suggested.

Warren also said the governor hasn’t taken into consideration the effect of a delay in funding for groups such as teachers, who are set to earn bonuses.

The budget will once again be on the House floor for discussion this week.

Cooper for North Carolina says it has raised more than $4.5 million in the first half of 2019, which puts the campaign at more than $5.6 million in cash on hand.

Gov. Roy Cooper is up for re-election in 2020. He has yet to announce his intentions.

The July 15 fundraising total was more than twice what the campaign raised in the first half of the year in 2015, leading up to the 2016 election.

Nearly two-thirds of contributions were under $100, and 92% came from North Carolina donors, according to the campaign.

“We are grateful to our supporters standing with Gov. Cooper as he continues fighting to put North Carolina communities and families first,” said Morgan Jackson, co-founder of Nexus Strategies and a longtime adviser to Cooper. “With two-thirds of our contributions under $100, it’s clear that there is strong grassroots enthusiasm to re-elect Gov. Cooper.”

Cuomo brings nearly two decades of experience working to elect Democrats in the state, raising millions of dollars, building relationships with elected officials and party leaders, and overseeing much of the day-to-day work for the party.

“Meredith has been an integral part of growing the North Carolina Democratic Party into the strong organization it is today,” party Chairman Wayne Goodwin said. “Her work ethic, detailed knowledge of the party’s needs, and positive attitude make her the perfect candidate to ensure we are on our best footing heading into 2019 and 2020.”

Cuomo served as the party’s finance director during the 2018 election cycle, helping build a $19 million budget in a midterm election. She was previously finance director for the N.C. Senate Democratic Caucus.

“From improving our public schools to cleaning our waterways and making health care more accessible, Democrats are committed to making North Carolina a better place for all who live here, and I’m excited to press on with that important work,” Cuomo said. “I am extremely proud of how the North Carolina Democratic Party has grown over the last several cycles, and I look forward to keeping up that momentum as we head into one of the most important elections of our lifetime.”

Democrats’ goals include continuing the success they had in the 2018 election by electing a majority in the General Assembly, re-electing Gov. Roy Cooper, flipping a U.S. Senate seat, protecting the majority on the courts, and making gains at the state and local level, according to a party statement.