A mystery solver and advocate for his patients, Dr. Chris Agner heads for retirement 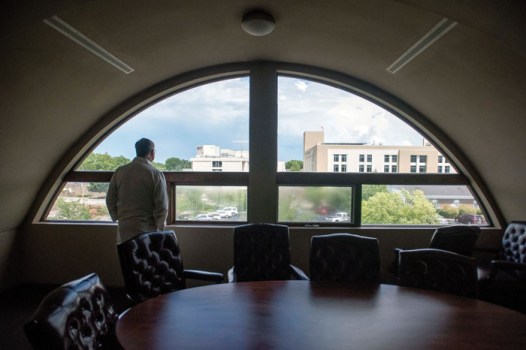 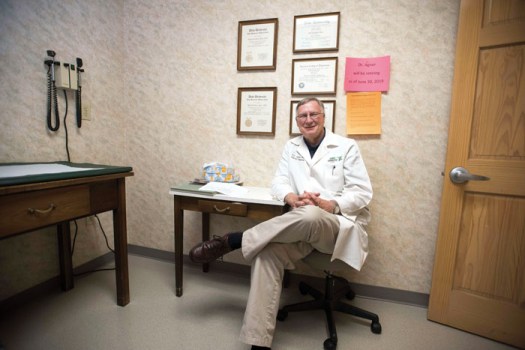 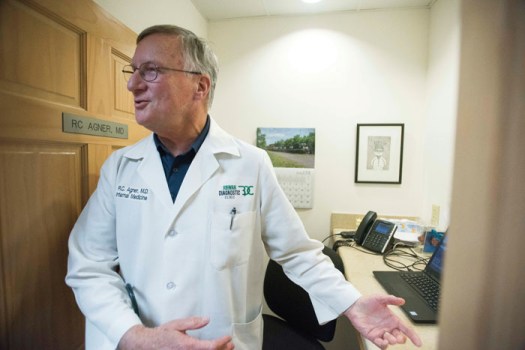 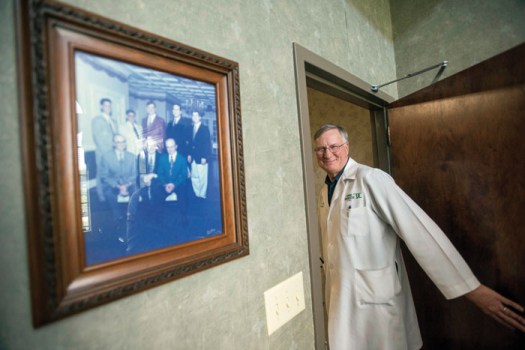 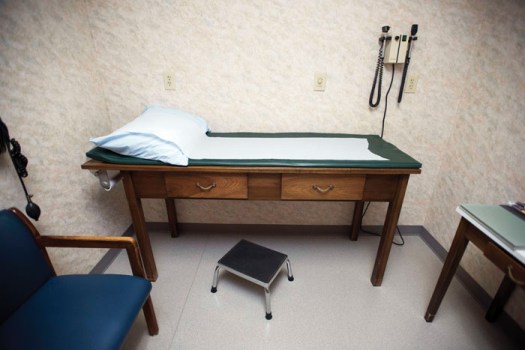 SALISBURY — When Dr. Chris Agner enters an examination room, he leaves his laptop computer and cellphone behind. He doesn’t want the distractions.

Agner, an internist with Rowan Diagnostic Clinic for more than 40 years, has always looked at his patients as heroes and heroines in their fights against illness. And he has been there fighting with them, paying close attention.

“To be a good doctor, you have to be a patient’s advocate,” he says.

Come Friday, the 69-year-old Agner will be retiring. He has treated some patients their entire lives. By now, he also has been the physician for three generations of the same families.

He laughs, recalling a patient who recently protested about his pending retirement.

“You’re the only doctor I’ve ever had,” the patient said.

In those same examination rooms where Agner tries to give patients his full attention, signs have been posted reminding everyone that Agner’s last day is Friday. Agner acknowledges it will be difficult to leave his patients, colleagues and staff at Rowan Diagnostic.

“I don’t know whether my group put that there for my patients or for me,” he says of the sign. “I love what I do, but my body says it’s time.”

Agner faced his own heroic fight against bladder cancer in 2012. After surgery, he was out for three months, then decided he would go “part time.” Part time for Agner meant going from 70 to 80 hours a week to 40 to 50 hours.

On a typical workday, Agner rises at 6 a.m. and is strolling through Novant Health Rowan Medical Center by 7 a.m., checking on patients.

By 8:30 a.m., he arrives at Rowan Diagnostic Clinic, where he sees patients and catches up on reading and paperwork until 12:30 p.m. Then it’s back to the hospital. He says he is finished by 2 or 3 p.m., and “that was my part-time job.”

Agner met with his partners last December and told them of his intention to retire in six months. He’s happy that “all my patients have good situations to go to.”

“One thing Chris always said to me was, ‘If you do what’s right for the patient, everything will follow,'” clinic partner Dr. Doug Shellhorn says.

Looking back over his long career, Agner says he met many great people, solved a lot of medical mysteries for patients and constantly learned new things in medicine. He has always relished the challenge of making the right diagnosis.

“The changes in medicine during my career have been breathtaking,” he says.

Just off the top of his head, Agner mentions how high blood pressure therapy has dramatically improved. When he first started, the options were five medicines, all of which made patients feel terrible, but the choice was to take one of them or die.

Today, there are more than 100 blood pressure medications that work well and even make patients feel better, he says.

He also notes the advances in fighting cancers. Treating heart disease has improved through the use of statins, bypass surgery and angioplasty, he says.

As for ulcer therapy, he remembers being a medical student at Duke University when there were experiments with a drug that would block acid — an easy treatment now taken for granted.

Agner was a resident in the neurological service at Duke University Medical Center when it first used a CT scanner. In a few years, a scanner was one of the first purchases he lobbied Rowan Medical Center to make.

Paul Verhaeghe, chief executive officer for Rowan Diagnostic, came to work for the clinic in May 2004. For three years before that, living in Charlotte, Verhaeghe occasionally suffered from heart and back pains that drove him to emergency rooms six different times.

He even had two heart catheterizations, but doctors could not find the problem. In July 2004, Verhaeghe was having another attack and it was all he could do to drive from Charlotte to Salisbury, where Agner happened to be the doctor on call that morning.

Agner ordered an ultrasound and within 45 minutes returned to tell Verhaeghe that his gall bladder needed to be taken out. By 1 p.m. that same day, Dr. Rudy Busby had removed the gall bladder, and Verhaeghe’s life changed 100% for the better.

“I appreciated it was Dr. Agner who was on that morning,” Verhaeghe says, describing Agner as a physician who thrives on identifying unusual and intriguing medical conditions and working out treatments for them.

Dr. Fred Goss, who has been Agner’s brother-in-law for nearly 40 years and a fellow internist at Rowan Diagnostic Clinic for 36 years, says Agner’s medical training “was very thorough” and he made it a point over the decades to stay current.

Agner integrated that knowledge in making decisions that benefited his patients, Goss said.

Both Verhaeghe and Goss credit the business acumen of Agner (and Agner also credits the faith and vision of lung specialist Dr. Neil Patel) for growing Rowan Diagnostic Clinic and seeing the need in the late 1990s to add subspecialists.

In 2002-03, the partners built the architecturally significant three-story Medical Arts Building at 611 Mocksville Ave., across from the hospital.

Verhaeghe said the practice has grown since then from nine physicians to 39 providers, including doctors, nurse practitioners and physician assistants. Becoming a multispecialty medical group was something the clinic partners thought they had to do to supplement hospital services.

“We like to think we have improved the care in the community,” Agner says.

Even with the growth, Goss said Agner “emphasized care to individuals, not just populations.” He was devoted and caring to his patients long before “caring” became the health care industry’s buzzword in marketing, Goss says.

“I appreciate people trusting me with their care,” Agner says.

Chris Agner was the oldest of Dr. Roy and Martha Agner’s seven children, who included five girls. “When I left for college, my brother (Ben) said that was the saddest day of his life,” Agner recalls with a laugh.

Seeing how hard his physician father worked, Agner didn’t think he wanted to be a doctor.

“He was gone all the time,” Agner says. “We could never plan anything as a family.”

He changed his opinion later after noticing what the addition of Drs. Larry Gish and Paul McCubbins meant to alleviating some of the burdens on his father.

As a kid and teen, Agner loved to race go-karts, but when he walked away from a pretty bad wreck, Agner told himself he would die if he kept on racing.

He always had an interest in science, and when he applied to Lenoir-Rhyne College, Agner thought he would be a physicist. He met his future wife, Dianne, when they were both high school seniors and in the running for the same academic merit scholarship to attend Lenoir-Rhyne.

She won the scholarship; he did not.

“She’s been kind enough not to bring that up after all these years,” Agner says.

But Agner soon put himself on the fast track to medical school. He left Lenoir-Rhyne after one year, attended summer school at Davidson College and pushed himself at Davidson over the next two years.

He attended Duke from 1971 to 1975, when he earned his medical degree. He also married Dianne in medical school and they immediately began raising a family. Today, they have five grown children and eight grandchildren, ranging in age from 3 to 21.

“Dianne’s amazing — how’s that?” Agner says of how they met the pressures of medical school and family.

From 1975 to 1978, Agner did his internal medicine training. He also had a fellowship in studying infectious diseases. For a time, he was giving lectures at local hospitals on his work.

“The more I learned, the more I liked Salisbury,” Agner said. By July 1978, he had joined Rowan Diagnostic Clinic with his father, Gish, McCubbins and Dr. David Smith.

Agner says many people told him back then that nobody is ever happy practicing with his father.

But Roy Agner treated his son as a equal and “never lorded over me,” Chris says.

“It’s always been curious to me the perceptions people have of me practicing with my father. Other people went fishing and hunting with their fathers. I went doctoring with mine.”

Agner also appreciated the quality of doctors practicing in Rowan County at the time. He describes some of them as “world-class.”

As for the Rowan hospital, Agner came to be on a first-name basis with its administrators through the years and served in all kinds of capacities for the medical center — from a board of trustee member to president of the medical staff (see list).

Shellhorn says Agner’s enthusiasm and drive for taking care of patients impressed him. Agner also seemed to be at the forefront of new therapies.

Agner was one of the main reasons Shellhorn returned to Salisbury after working with RDC as a medical student in the late 1980s. Shellhorn liked the camaraderie and mentorship offered at the clinic.

“It’s always good to have someone help you,” Shellhorn says. “We always have made much better decisions as a group than individuals, and it’s because of his leadership.”

Shellhorn describes Agner as a deep thinker, straightforward, thorough and even-keeled. He walks into an examination room and he’s all business, Shellhorn says.

Several of the rooms at Rowan Diagnostic Clinic have taller-than-usual examination tables. Someone made them special once for the tall Agner physicians. The late Roy Agner stood 6-6, while Chris is 6-4.

In the clinic’s third-story conference room, hanging high above the table is a sailfish caught in the Pacific Ocean off Acapulco on Jan. 6, 1973. Agner’s mother, Martha, landed the fish with help from his dad — and it has a great story to go with it.

“That’s the only thing my partners wanted to bring from the old office,” Agner explains.

What will retirement hold? Agner expects to travel more with Dianne. They’ll be seeing a lot of the grandchildren, and Chris will continue playing with the self-proclaimed Old Guys Golf Group on Sunday afternoons.

“Each stage of life is an adventure,” he says. “I’m going to embrace this next step.”