‘The 24th’ film to begin shooting in Salisbury

SALISBURY — As filming of “The 24th” begins Monday, its director is praising Salisbury for its commitment to historic preservation was well as its cooperation in accommodating his production crew.

“The 24th” is based on the Army’s all-black 24th Infantry Regiment and is set in Houston in 1917. The story centers on a riot led by some of the soldiers that left 15 people dead. The riot resulted in the biggest murder trial in U.S. history with 19 men sentenced to execution and 41 men sentenced to prison.

“The 24th” is directed by Kevin Willmott, an Academy Award-winning director who co-wrote the screenplay for Spike Lee’s “BlacKkKlansman.”

The film will star Trai Byers, who is also the co-writer, as well as Aja Naomi King, Mykelti Williamson, Thomas Haden Church and Bashir Salahuddin. 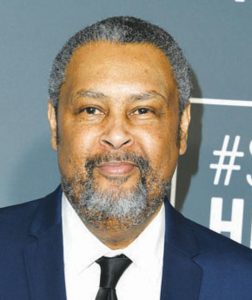 Willmott was attracted to Salisbury as the setting for “The 24th” for multiple reasons. North Carolina offers a good tax incentive for filmmakers. The city is close to a major airport, and scenes also will be shot in Charlotte. Because the film is set in 1917, Salisbury’s historic homes and neighborhoods are a good fit.

“It was a really smart choice for the city to preserve the neighborhoods in the way it was,” Willmott said.

Willmott said the city and local residents have helped with the filming and that crew members have taken advantage of downtown Salisbury when they aren’t working.

Linda McElroy, the city’s communications director, said the film will be great for Salisbury because it will bring money into the economy, employ local residents as extras and give the city recognition.

The Depot will be used for some scenes in the film. Barb Sorel, Historic Salisbury Foundation’s interim executive director, said the crews were amazed by the commitment to preservation and can’t say enough how perfect a location the city is for a period film.

Terri Jones, the foundation’s archivist, is assisting “The 24th” crew.

The Depot’s operation won’t be affected by the filming. The basement and back room will be used as sets.

Sorel said it’s been fun for the foundation to help the crew find locations.

“It’s a great opportunity for the Historic Salisbury Foundation and Salisbury,” Sorel said.

Amy Harmon, the location manager, has communicated regularly with the city and the Depot.

“I would like to thank all the businesses and residents in Salisbury for welcoming us,” Harmon said.

She said residents or businesses are welcome to contact her at 919-827-6136 if they have questions about filming.

McElroy said residents can also contact the city at coscommunications@salisburync.com.

There will be several road or lane closures next week and June 24-27 related to filming. These are on the city’s website, and residents can be alerted through Nixle.

On Friday, the city informed residents in the Brooklyn South Square neighborhood they they may hear noise during filming of a riot scene. That filming is scheduled overnight on June 26 at East Council Street from Depot to North Long streets and June 27 at Bank Street from Main to South Long streets as well as South Lee Street from East Horah to East Fisher streets. Crews are expected to notify residents as well.

Willmont, who is a professor at University of Kansas, said he wanted to tell the story of the Houston riots because although it was the largest murder trial in American history, most Americans don’t know about it.

“If we don’t know our history, we’re doomed to repeat it,” he said.

No release date has been set since it is an independent film, he said.