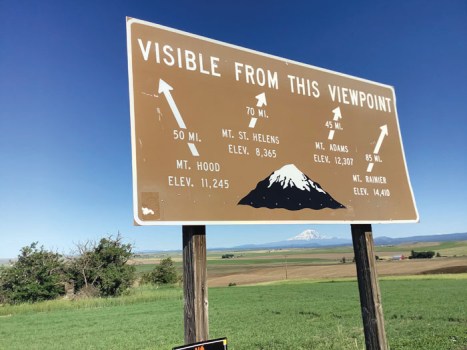 All of these major mountains were visible from a distance on Tuesday morning. David Freeze/for the Salisbury Post 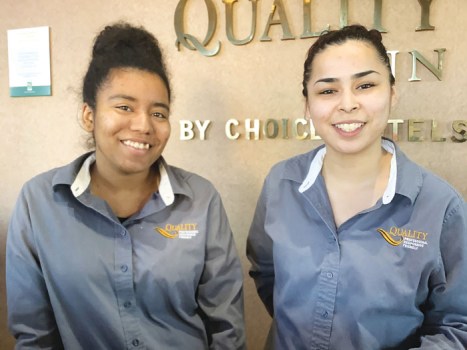 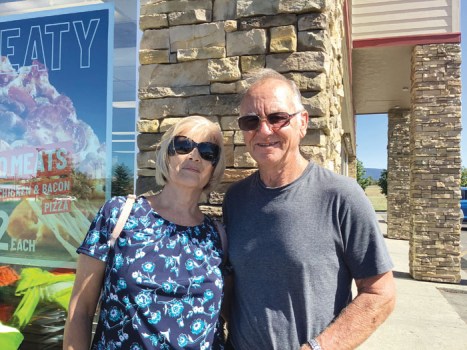 Jackie and Dan Mahar from Adelaide, Australia. The Maher’s live in the East Salisbury suburb. They asked about Freeze’s ride while in Goldendale on Tuesday. David Freeze/Salisbury Post

After such a long day Monday pushing on to the Columbia River, I knew that my entry into the state of Washington was going to be a real challenge.

I was told that evening that climbing out would be steep and long, as much as 12 miles. I expected worse than that.

The view of the Columbia River was spectacular Monday evening, but all I could think about was watching the trucks struggle to climb up from the river. Tuesday morning, I topped the worst of it at about 10 a.m. and then stopped at a store. I was told the road goes right back up toward a summit at Satus Pass — at 3,146 feet. The clerks told me it would be tough and that there would be no more supply stops for 50 miles.

While at the store, a woman came over to ask about my trip. It turns out that Jackie and Don Mahar were visiting from their home in Adelaide, Australia. They live in a suburb called East Salisbury. We had a nice talk, and they promised to watch for the story in the Post.

Speaking of false summits, I climbed and thought I had topped out after racing downhill for a mile afterward. There was no sign for the summit.

The road turned back up again and topped out again. Then, the same again, down a little and back up, just steeper this time. After one more, I finally stopped climbing after about seven hours, often at about 4 mph.

U.S. 97 then flattened out for about 40 miles, and I made good time with a little high desert to see. One more big climb carried me up over a big butte for the descent into Toppenish, Washington, and on the hunt for supplies again.

At this point, I had made better progress than expected. I could have quit after about 62 very hard miles. But I needed more to stay on track to meet my daughter, Amber, in Anchorage, Alaska, by her birthday, July 12.

My best guess means I need to average 80 miles a day. So I struck a deal with Calista Morrison at the Union Gap Quality Inn, about 16 miles farther north on U.S. 97.

Pushing hard with a mostly flat road and the first true tailwind of the day, I ended up with 78 miles in downtown Union Gap — just south of Yakima, Washington. The area is know for major fruit production.

Wednesday was very uncertain. I planned to attempt to ride the parts of two interstates that coincide with U.S. 97 for a while. Splitting off later, U.S. 97 would carry me to Wenatchee and points north.

If all goes well, I will enter British Columbia, Canada, in about two more days. I had no idea where I would spend the night, but it does look like I will ride upstream along the Columbia River in the afternoon.

Two more of my returning sponsors are Leonard Wood and Dr. Tanya Williams. Leonard spends a lot of time traveling and has been everywhere. He has advised me on important parts of this trip and contributed as well. Williams is my dentist and does a great job at Gentle Dental.

We have covered a lot of ground and are leading into the most uncertain day of the trip so far.