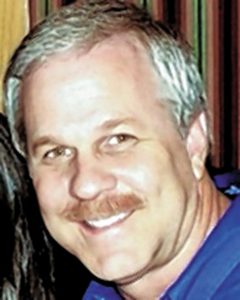 I’m an announcer by trade. I’ve spent most of my professional life enunciating information, both good and bad, mostly in the radio field.

In my youth, it seemed like an honest, reputable, and frankly easy way to make a living, so I’ve been happy with my vocational choice.

My parents were just happy I found a job and moved out. Whatever field of employment I chose was totally up to me, they said, as long as there was one less plate to fill at the supper table.

In days of old, I probably would’ve been a town crier. Town criers were people with strong voices who walked through the main streets of a village making important announcements. It probably wasn’t uncommon to hear a husband tell his wife “Honey, open the living room window, I want to catch the evening news.”

Occasionally, I’ve been called upon by the kind folks at Charlotte Motor Speedway to do driver introductions and introduce dignitaries from the stage before a race. I consider this an honor – that means a job without additional pay – but it’s not without its challenges.

Navigating your way through drivers with unusual names is the first challenge.

I’ve made peace with Brad Keselowski’s name since stumbling over it ten years ago, and it now rolls off my tongue easily. I met Mr. Keselowski early in his Cup racing career, and I seriously asked him how he pronounces his name. He responded “Braaaddd”.

Matt Dibenedetto’s name threw me at first as well. His last name is easy once you get used to it, but the first time I encountered it, my tongue’s brakes failed and in stammering gibberish it came out “Dibennebenndettidoddo”. It wasn’t a pretty sound.

Strangely though, I have the most difficulty with state abbreviations. Very often I’ll be handed a driver introduction that reads something like “Starting 30th, driving the number 47 Preparation H Toyota – from Halitosis ME, it’s Jamar Dumbrowski!”

The numbers come out fine, I’m careful with the sponsor’s name and the make of car, and even the city is usually a breeze, but my brain has a seizure when I see the state abbreviation, especially if it’s one of the less common or confusing ones.

You see, sometime back in the 70’s, a group decided we needed all state abbreviations narrowed down to two letters. These people thought they had an easy job, but no, they hit a roadblock almost immediately.

Alabama was a layup – AL. Then they hit Alaska. Oops, AL was already taken. Guess we’ll have to go with AA. Nope, that looks weird. Besides, it’s taken too – by Alcoholics Anonymous.

AK maybe? Then what do we do with Arkansas? That will be AR, someone said. Nope, we need that for Arizona. No way, someone yelled. You guys have to take AZ! So literally, another war between the states broke out.

When you get a state that begins with the letter “M”, it’s particularly challenging. There are lots of those. Quickly write down the state abbreviations for all of the “M” states and you’ll probably get at least one wrong.

Especially “ME”. I know that’s Maine, but my brain wants to say “Meeenesota”.

It’s just a mental block for me. It’s such an obsession that once when I was handed a card that read “And now, please welcome MS. SPRINT CUP!”, I introduced her as “Mississippi Sprint Cup!”

So, those are my professional problems. Yours are probably far worse, like some sort of physical danger.

I guess I’m fortunate no one ever died of a mispronunciation. If you could, I’d be considered a serial killer.

It’s VBS time! We will run listings for free in the Faith section, following this format: Where: When: Theme: Other:... read more