Kate Forrest: Seasons of Salisbury: May 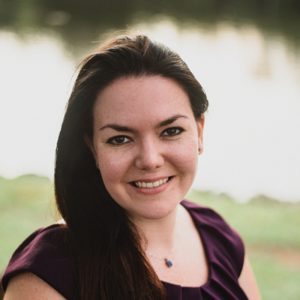 May 15th: It is a beautiful day and I’ve been eager to visit Sloan Park all spring, so we take the scenic drive out to Kerr Mill, past baled hay and soft winter wheat. We park and explore, walking by the old mill framed by green grass and blue skies, then meander the creek path.

Up to the arboretum, we spot dozens of butterflies fluttering from the grass to the treetops: white, orange, black, and yellow. They disappear as the songbirds tweet and the bees buzz and dance along the ground in search of pollen.

We follow the trail to a catalpa tree; its heart shaped leaves flap in the afternoon breeze. I grew up with a catalpa tree in my backyard — over three stories tall, it was a magnificent old tree. I’m always delighted to find them, though I sympathize with those who care for these “dirty” trees. From flowers, to seed pods (that look like cigars), to its late falling great leaves, it does give a gardener a good deal to tend to throughout the year. The one in Sloan Park is healthy, but young. It has a long ways to go before it becomes a magnificent old tree.

The sycamores, another favorite, are tall and hardy and the mimosa tree looks splendid with its fern-like leaves. I linger by a black walnut tree, then come to stand and admire Sergeant Alvin York’s Tulip Poplar, number 70 on the Historic Tree Trail.

Growing up, I watched Gary Cooper’s Oscar-winning performance in Sergeant York enough times to quote the film near verbatim. As a kid, I was fascinated by the Tennessee sharpshooter, who went on to receive the Medal of Honor for his heroic service in WW1.

In high school, I read York’s biography and always planned to visit his home. Standing in front of York’s tree in Sloan Park renewed my determination to visit Fentress County, Tenn. and it also had me curious about the tree itself.

I called the American Heritage Trees organization in Lebanon, Tenn. to learn about the connection between the tree in Sloan Park and Alvin York. They explained that the tulip poplar came from a seed taken from the very tree planted at the Alvin York family gravesite. American Heritage Trees also collects seeds, in cooperation with the Alvin C. York State Historic Park and the York family, from the dogwood tree at York’s homestead. The dogwood was gifted to York by the US government and planted by his son. The seedlings are grown on the Rice Farm in Tennessee.

I love the connection between historic preservation, conservation, and enriching our shared green spaces, like Sloan Park, with trees of historic lineage.

Someday I will go to the Valley of the Three Forks of the Wolf River at Pall Mall, Tenn. I’ll stand underneath the magnificent old tulip poplar at York’s grave, and reflect on how he inspired people all over this country, including the folks in our corner of North Carolina.

Kate lives in Salisbury. She has written nonfiction essays for the Pittsburgh Post-Gazette and her debut novel, The Crusader’s Heart, was published in September 2018.

For Wiley Cash, writing is the hardest thing to do