SALISBURY — A woman who was on the Rowan County Sheriff’s Office’s most-wanted list a year ago has returned to the list after failing to notify the agency of an address change. 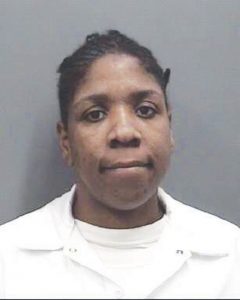 Shanna Shamania Jones was added to the list in April 2018 on charges of failing to notify authorities of an address change by a registered sex offender. She remained on the list until October 2018, when she was arrested in Connecticut.

Jones was returned to Rowan County and remained in jail. She pleaded guilty to a lesser charge, for which she received a probationary sentence.

Officials said Jones is once again not living at the address listed as her residence. Attempts to locate Jones have been unsuccessful, so she was returned to the most-wanted list.

Job gain points to an economy slowing but hardly stalling