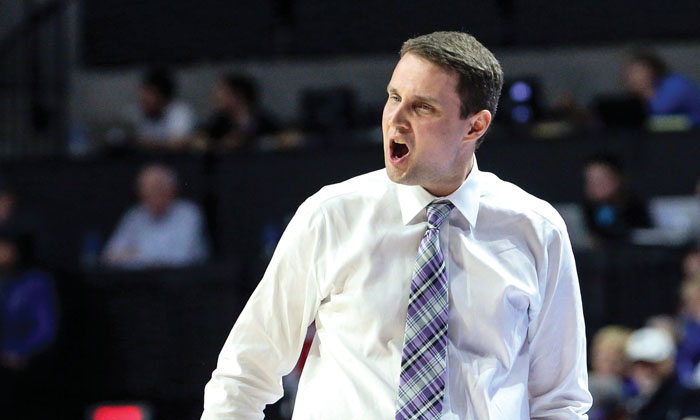 LSU coach Will Wade shouts during the first half of the team's NCAA college basketball game against Florida in Gainesville, Fla., Wednesday, March 6, 2019. (AP Photo/Gary McCullough)

BATON ROUGE, La. (AP) — LSU coach Will Wade is declining comment on a Yahoo report detailing a phone conversation recorded by the FBI in which Wade discusses his efforts to lure a recruit to the Tigers.

The report says the FBI recording is of a conversation with Christian Dawkins, who is one of several people convicted in October of conspiracy to commit wire fraud for funneling illegal payments to families of recruits to Louisville, Kansas and North Carolina State.

In the report, Wade is described expressing his frustration with an unidentified third party handling the recruitment of player referred to only as “Smart.” LSU has a freshman guard named Javonte Smart who is a former Louisiana high school player of the year.

The report also states that it is not clear if the offer Wade discusses would violate NCAA rules, or if the player and his family knew of, or accepted, the offer.

The Tigers finish up their regular season at home against Vanderbilt on Saturday with a chance to win the SEC’s regular-season title.

Wade, who attended a public event Thursday, says his players have been good at blocking out distractions and focusing on basketball, and that is how he expects them to move forward.

Top LSU athletic officials have not commented on the report.