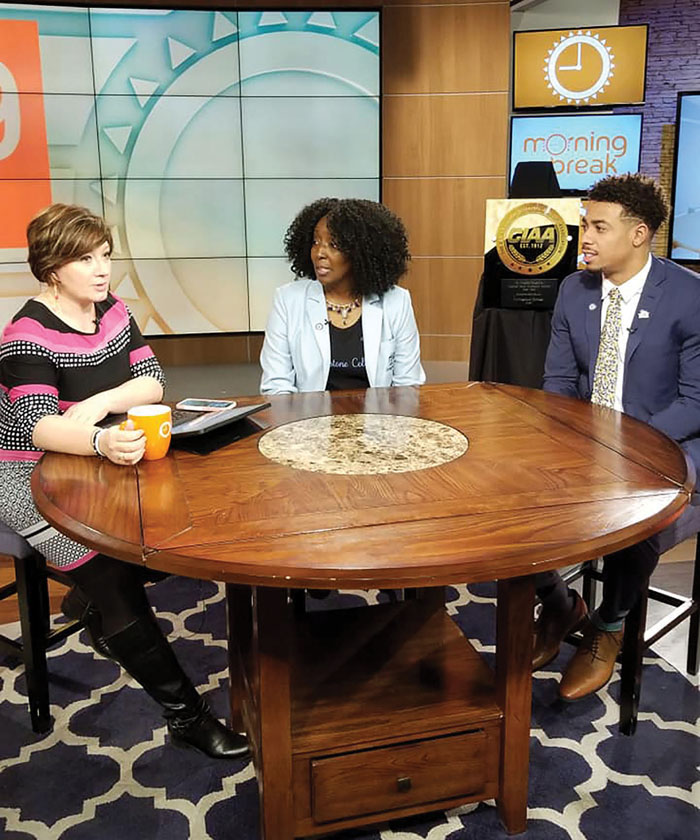 SALISBURY — The Livingstone College men’s basketball team might have fallen short in the CIAA tournament semifinals last week, but the players still walked away champions.

The CIAA recognized the men’s team with the highest GPA award during its Men and Women’s Tipoff Awards Breakfast on Feb. 25, the opening day of the tournament, at the Charlotte Convention Center. The team’s average GPA is 3.16.

“As we begin the CIAA tournament, we are already winners,” said Livingstone President Jimmy R. Jenkins after the announcement. “We have proven that off the court, our students are exemplary student athletes who take their education seriously. We are proud of our team for defying all odds to excel academically. They are truly students first.”

“We were definitely excited about it and we were thankful for it. All of the hard work that we did definitely paid off,” said Lewis, who hopes to become an ESPN sports analyst one day and eventually start his own business. “Coach wants us to be stakeholders for the team, but also stakeholders for ourselves, as well.”

Coach James Stinson stresses time management and a focus on being students first and foremost, Lewis said. He makes sure that team members are on top of their work every day and that they use the Success Center on campus, which offers services to help students succeed academically.

Harrington said Jenkins’ introduction of a holistic model for learning at Livingstone creates an environment where the students’ focus is not solely on academia and athletics but on becoming well-rounded scholars.

This is the fourth time the men’s basketball team has won the highest GPA award. Livingstone’s football team and golf team also won the award for the 2018 season.