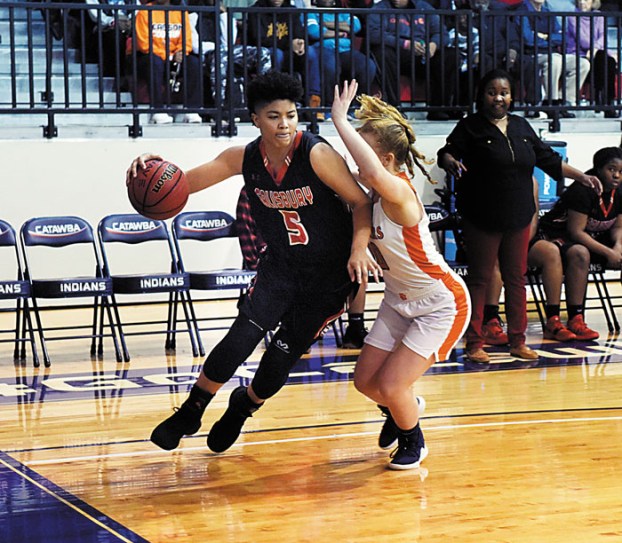 SALISBURY  —  It seems like the 2018-19 basketball season has flown by, but that’s not really the case.

Players and coaches at the local schools weren’t handing out Snickers bars on Oct. 31, they were starting official practice.

Long before Halloween, team camps, open gyms and individual workouts that led to success in January and February were taking place in the summer months.

By any measure, it’s been a strong season. Carson’s girls, Salisbury’s girls, North Rowan’s boys and Davie County’s boys have maintained spots in the statewide top-10 rankings in their classifications.

There will be multiple local conference champs.

With the regular season concluding on Friday, Carson’s girls can’t do any worse than tie for first place in the North Piedmont Conference.

North Rowan’s boys have wrapped up first place in the Yadkin Valley Conference and are threatening to run the table in a nine-team league. It’s not easy to go 16-0 in anything, but North might do it.

Davie County’s boys have clinched a tie for first place in the Central Piedmont Conference and already have beaten second-place R.J. Reynolds twice.

Salisbury’s girls haven’t clinched anything yet, but they’re still in the driver’s seat in the Central Carolina Conference, one game up on Ledford with two tough games left to play.

Also still in contention for conference honors are Carson’s boys — tied for second, one game behind Statesville in the NPC with two games left.

Salisbury’s second-place boys trail CCC frontrunner North Davidson by two games with two left, but the Hornets play at North Davidson tonight and can get closer. North Davidson’s CCC finale — at surging Ledford — won’t be an easy one.

West Rowan’s girls have gotten back on track and are in a three-way tie for second in the NPC, two games behind Carson. The Falcons play the Cougars in China Grove tonight and have a chance to tighten the race.

Other local teams not contending for first place but sure to make the state playoffs are the A.L. Brown boys, second in the South Piedmont Conference behind powerhouse Cox Mill;  the South Rowan girls (tied for third in the 10-team CCC), and the steadily improving North Rowan girls (third in the YVC).

While it’s not hard to look at the standings and see who can win their conference — and who can’t — deciphering the playoff picture isn’t as simple as it used to be.

One rule to keep in mind is that the six-team leagues — including the NPC, SPC and CPC — get two guaranteed playoff berths.

The nine-team YVC and the 10-team CCC get three guaranteed playoff berths.

At-large teams will make up the rest of the playoff field.

Conference tournament champions also will automatically qualify for the playoffs, even if they didn’t seize a berth with their work during the regular season. Those underdog tournament champs won’t bump out a team in their own league that earned an automatic berth. Instead, they’ll be seeded as at-large teams, so they’ll bump out one of the at-large teams that would’ve made it.

For East Rowan’s girls, A.L. Brown’s girls, Davie’s girls, East Rowan’s boys, South Rowan’s boys and West Rowan’s boys winning the league tournament is probably going to be required to make the playoffs. East’s girls have 13 wins, but they didn’t make the 64-team field in the latest projections offered by the expert, Nick Stevens, of HighSchoolOT.com.

Maybe the Mustangs can change the numbers with an upset win this week.

When it comes to basketball, the field for the 1A, 2A and 3A state playoffs is 64 teams, but only 48 teams are included in the 4A playoffs. That means 16 first-round byes in 4A, eight in the East and eight in the West. Davie’s boys can expect one of those byes in the West. They are currently projected at No. 4.

While conference standings and conference tournaments matter, once again, MaxPreps rankings are critical to the whole seeding process and in determining the at-large teams.

The latest playoff projections (updated Feb. 10) by Stevens are very favorable for the Carson girls and Salisbury girls, and to some extent, the North Rowan boys.

Carson’s girls are projected as the No. 2 seed in the 3A West, with Asheville Erwin No. 1.

If that No. 2 seed holds up, Carson would get four playoff games at home — as long as it keeps winning — and wouldn’t have to play a road game.

Salisbury’s girls project as the No. 2 seed in the 2A West, behind Mountain Heritage. If they do hold on to that No. 2 seed, Salisbury would be in the same boat as Carson’s girls. Win — and keep playing at home — until the regional final in Hickory.

North Rowan’s boys project as the No. 4 seed in the loaded 1A West, with Winston-Salem Prep, Community School of Davidson and Lincoln Charter projected to be seeded ahead of the Cavaliers.

A No. 4 seed would mean three home games for the Cavaliers — as long as they can keep winning — but they may have to beat powerhouse Winston-Salem Prep on the road in Round 4 just to get to the regional final in Hickory.

Projected seeds for local teams by High School OT. Most will be in the West bracket, but some CCC and YVC teams project to be in the East bracket.

Conferences aren’t designated as East or West by the NCHSAA. Qualifying teams are determined, and then teams are placed in the West or East, based on longitude.

(21) North Moore, (22) South Davidson and (31) South Stanly are projected to make the playoffs but would be in the 1A East bracket.

(10) Ledford and (20) East Davidson are projected to play in the East bracket.

Mickelson finishes off a 5th win at Pebble Beach

PEBBLE BEACH, Calif. (AP) — Phil Mickelson is closing in on three decades on the PGA Tour and a half-century... read more