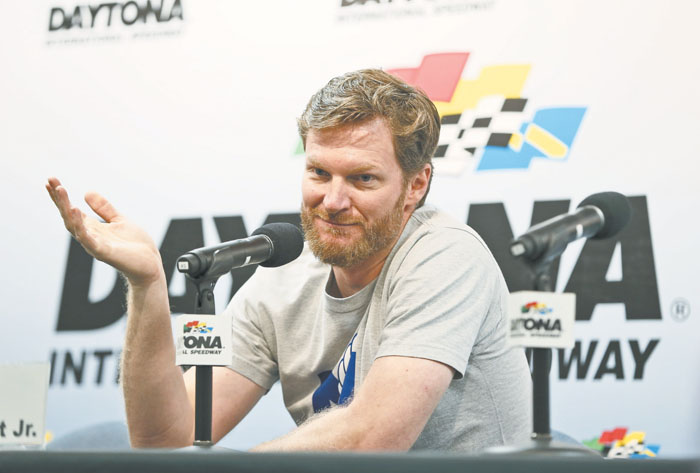 KANNAPOLIS — The Kannapolis minor league baseball franchise’s announcement to rebrand itself sure got some reaction on Twitter.

On Wednesday, the team launched its “Branded New By You” campaign and is asking community members to suggest names to help define the team’s new identity.

“I remember how proud dad was of this,” tweeted Dale Earnhardt Jr. on Wednesday. “What a shame it has to end.”

Earnhardt Jr., who retired from driving in 2017, but still owns a race team, offered some suggestions of his own:

“If a change is indeed imminent maybe: ‘Ironheads’ if they want to continue to honor Big E,” Earnhardt Jr. said in another tweet. And he added, “‘Cannons’ if they’d like to honor some history of the town itself.”

Earnhardt Jr. was no doubt referring to Cannon Mills with his second tweet, but many others tweeted that they were prefer to keep the Intimidators name.

One fan tweeted: “I got a good one. The Kannapolis Intimidators.”

Current NASCAR driver Brad Keselowski replied to one of Dale Jr.’s tweets as well: “This name is truly the only reason anyone outside of the town knows of this team,” Keselowski tweeted. “Not sure if this is an elective change or not but if so … bad move.”

The team’s announcement on Wednesday encouraged fans to submit their nominations for the team’s new name, along with an explanation of how and why it embodies Kannapolis professional baseball.

The team will accept submissions through Feb. 13th — next Wednesday.  Suggested names and feedback will be considered by the team as they work with award-winning brand identity firm Studio Simon to select a new name.

The Kannapolis team did not publicly comment on Thursday about the Twitter traffic, but did offer its own tweet: “We have received over 500 name submissions in the last 24 hours. Keep them coming!”

“There’s nothing to say that the new name might not be related to speed or racing-related or Dale Earnhardt-related, but we just don’t own the rights to “Intimidators,” Marcucci said. “We do want to continue to pay homage to that part of our history and I know that we’ll have aspects of Dale and our history within our walls, and considering we’ll be within walking distance of his park, I think that’s going to be a big part of what we look to do as we create the atmosphere of the new stadium.”

Marcucci added that moving into the new stadium is the perfect time for a rebranding.