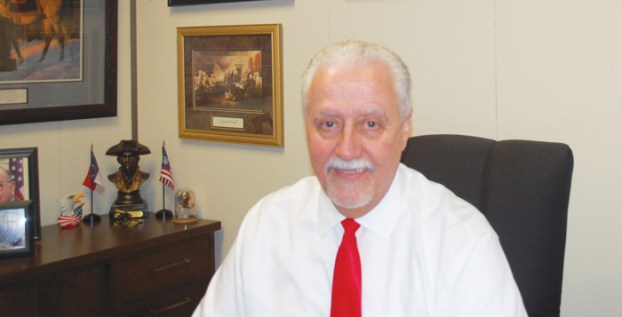 Ford, whose service in elected office started on the Rowan County Board of Commissioners, will represent all of Rowan and Stanly counties. While Rowan has been represented by two senators in the past, Ford will be the county’s lone member of the state Senate.

His transition to the Senate came as a result of court-ordered redistricting. After six years representing House District 76 in Rowan and Cabarrus counties, Ford and fellow Republican Rep. Larry Pittman, a Republican from Cabarrus County, were “double-bunked,” or placed in the same district. If both had run for a seat in the House in 2018, the two Republicans would have been competing against one another. So Ford decided to run for the Senate in District 33, which covered a newly created district containing Rowan and Stanly counties.

For some, Ford is considered a freshman. Others say he’s a transfer. One constant is that he’ll be representing the people of Rowan County. Other members of Rowan’s delegation include Reps. Julia Howard, R-77; Larry Pittman, R-83; and Harry Warren, R-76.

Ford said the Senate and House are different, mostly with the speed at which bills move because there are fewer senators — 50 — than members of the state House — 120.

“There are less senators. So less cats to herd,” Ford said. “It moves faster or doesn’t move at all.”

Ford also said Senate meetings are generally shorter than House meetings, but he plans on being at least equally as busy as he was in the House since he has more constituents to hear from.

The 2019 session also brings another change felt throughout the General Assembly — Republicans lost their supermajority. Ford said working with Democrats is a two-way street. He said they can either work across the aisle to find compromises or get Democrats to come on board, but that may lose conservative Republican support.

President Pro Tem Phil Berger spoke about bipartisanship in the Senate during a speech on the floor Wednesday.

“I am hopeful we can put our political battles behind us,” Berger said.

Looking ahead to the 2019 session, Ford plans to push for a conservative budget and work on tax reform. He has not been named to a committee yet.

Ford’s family, including his wife, Angela, and children, were in attendance Wednesday for his swearing in.