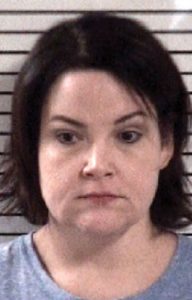 A Statesville woman faces new charges in a case of statutory rape of a child.

Christina Davis Jolly, 43, of Trophy Drive, is charged with violating a pre-trial release condition by contacting the victim of the crime by e-mail.

Jolly was out on bond, charged with five county of statutory rape. Part of the bond agreement was she was to have no contact with the victim. Detective Patrick Dixson of the Iredell County Sheriff’s Office Special Victim’s Unit was assigned to the investigation and interviewed witnesses and gathered evidence from various digital sources. The investigation remains open.