Mayor Heggins reflects on year in State of the City address 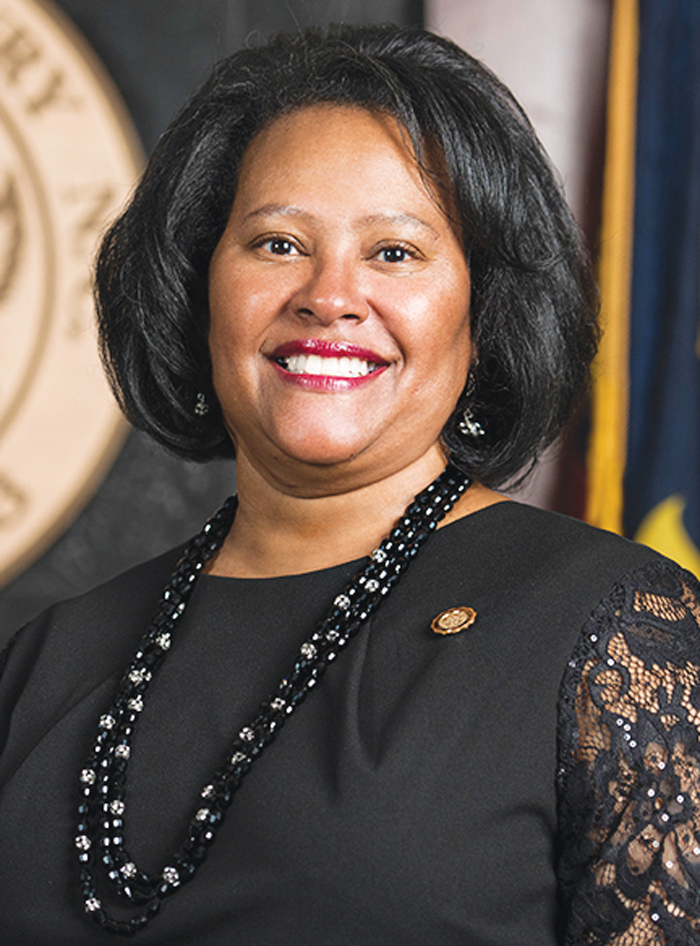 SALISBURY — Mayor Al Heggins highlighted the City Council’s work and looked ahead in her State of the City address on Facebook Live on Monday night.

As Heggins reflected on the accomplishments of 2018 and the year to come, she spoke about uniting Salisbury residents.

“I’m hoping as we look forward to 2019 and beyond that we as a community, that we as a city organization and that we as a council begin to conduct ourselves and have a moral analysis based on our closest-held beliefs and constitutional rights to ensure justice for all, that we build a line of unity being dedicated to serving and hearing those most affected by systemic racism, by poverty, by the war on economy and ecological devastation,” Heggins said.

Heggins talked about the Empire Hotel redevelopment project and strides the city has made and will continue to make as the project continues.

“We’re moving in the right direction with the Empire Hotel,” Heggins said. “We believe that the Empire Hotel will be a jewel for our city as we continue to move forward with that. And once it opens, it will also provide housing opportunities for others that are here.”

She gave an update on the Police Department and crime in the city and said it is a community effort to ensure that Salisbury is safe.

“Keep in mind, fighting crime takes all of us,” she said. “It’s not just the Police Department. The Police Department needs citizens to partner with them to help solve crimes here in our city. One crime that we still haven’t solved yet and we’ll continue to work toward getting a solution to and finding the perpetrator of this crime is the death of A’yanna Allen. We must make sure we find out who took this bright light from our community, and we need your help in getting that solved.”

She said the agenda has changed to provide more information about the items to be discussed and the presenter. The agenda packet is now available a weekend ahead of council meetings.

Heggins updated viewers on added security during City Council meetings. Several months ago, metal detectors were put at the entrance of the council chambers.

“This is not to deter anyone coming and participating in our meetings,” she said. “It’s to make sure you know you’re safe when you come to this environment. We know we have a lot of different things that are happening across our country, so we just want citizens to feel a little safer when you come in our council chambers for our meetings.”

Heggins spoke about the Resolution of Reconciliation, which addressed the 1906 lynchings of three men. In August, the resolution was sent to a committee to be reviewed and redrafted to be returned to the City Council. Heggins said the resolution will be brought back in January.

Heggins talked about the conferences she attended throughout her year in office.

“As the mayor, I’ve been diligent in my efforts to represent our community well locally and abroad,” Heggins said. “I’ve also worked very hard to create a welcoming and inclusive environment.”

Heggins ended on a message of thanks for her family and supporters, saying, “As elected public servants, we work for you.”