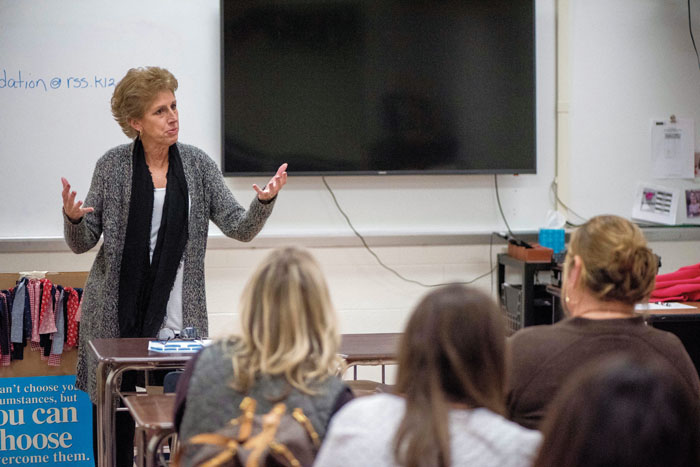 SALISBURY  — Parents concerned they’d have to fight the weather or their work clock in order to voice their opinions on school consolidation can now rest easy. Rowan-Salisbury Schools announced Wednesday that it was releasing an online survey for parents and community members who are otherwise unable to attend community input meetings.

The meetings, which began Dec. 4, cover all the major geographic regions of Rowan County, and use a small-group format to let attendees put in their two cents on a proposal which could close nearly a dozen schools over the next several years.

Meetings were held last week in Salisbury and East Rowan, and meetings for the South and Southeast sections of Rowan County have been rescheduled to this evening at South Rowan High School. Tonight’s meeting, and all future meetings, begin at 5:30 p.m. and run until 6:30 p.m.

Much like the input meetings, those who choose to do the online survey will have the opportunity to view a video explaining the sticky situation Rowan-Salisbury Schools finds itself in when it comes to capital needs.

According to the video, the district has more than $5 million in capital needs annually, just to maintain schools — but it only receives $2.4 million annually from the county, resulting a $2.9 million deficit. Over the years, this deficit has grown to an amount totaling more than $200 million. Rowan County residents can view the video at: https://www.youtube.com/watch?v=PG3VvkEg1go&feature=youtu.be

An available flyer lays out three-tier, decades-long proposal, which includes the closure or consolidation of:

After reviewing the video and flyer, district staff ask that parents and community members fill out a short survey. The survey will remain open until Dec. 21, and can be found at: ednc.org/RSS.

The remaining community input sessions are:

All sessions will start at 5:30 p.m. and end at 6:30 p.m. Questions, concerns and ideas can be submitted to consolidation@rss.k12.nc.us.