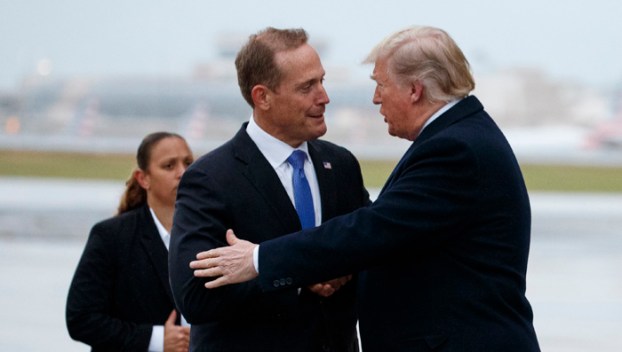 What if a loved one, loyal friend or trusted colleague said this to you:

That is what the president of the United States said in an interview on one of the news networks on Nov. 1.

Many U.S. citizens, countless people around the world and no doubt many world leaders have seen this blatant and audacious statement by one who we would expect to be a leader and a good example for us. One can guess the reaction to this from his so-called “base,” made up of these distinct groups:

Category One: Those who know he is lying and yet go along with what he says to be the truth.

Category Two: Those who assume he is lying but still go along with what he says to be the truth.

Category Three: Those who don’t know if he is lying or not, but go along with what he says to be the truth.

I said many months ago that this fellow is just getting warmed up. Heaven only knows what in the next two years this demagogue and his administration will force upon the American people. Every day brings out of the White House a new and startling development from him and his “swamp creatures.” May God help this poor country.

On this Veterans Day, let us never forget a statement made by former British Prime Minister Tony Blair: “A simple... read more