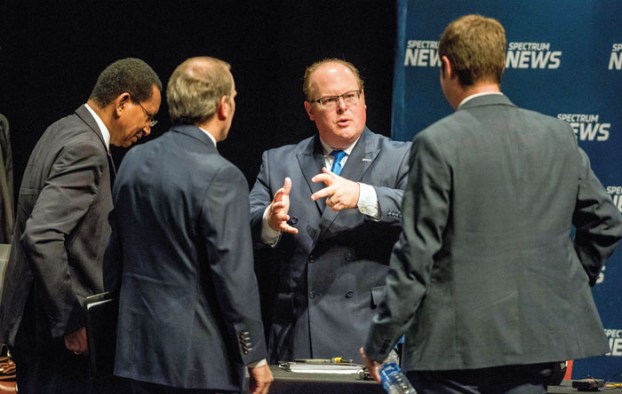 Letter: My ticket for Nov. 6

The Nov. 6 election is about a rebalance for Democratic progress. The Republican super majorities must be broken and the autocratic trust busted.

Check for your own district lines.

Vote “against” all newly proposed amendments for the N.C. Constitution. It’s a prime example of what a democracy does not do. The amendments — because of the sketchy procedural process, vagueness and obvious word play in the ballot content — are too open and broad not to be considered a blank check to do whatever they want after the fact, when it’s too late to challenge the law. They’re not going to raise our taxes yet because they’re going to steal our state’s savings first. Oh, and start the slow kill of the vote. Don’t wait and see; take action against this super majority. Vote no or “Against” on every amendment.

Contribute and vote for these challengers and contribute to any other challenger in every other race across the state and country for three cycles, and we will have something that resembles a democracy again.

The writer is responding to a story in Monday’s Post, “Local teachers’ organization endorses candidates in November elections.” Isn’t it... read more