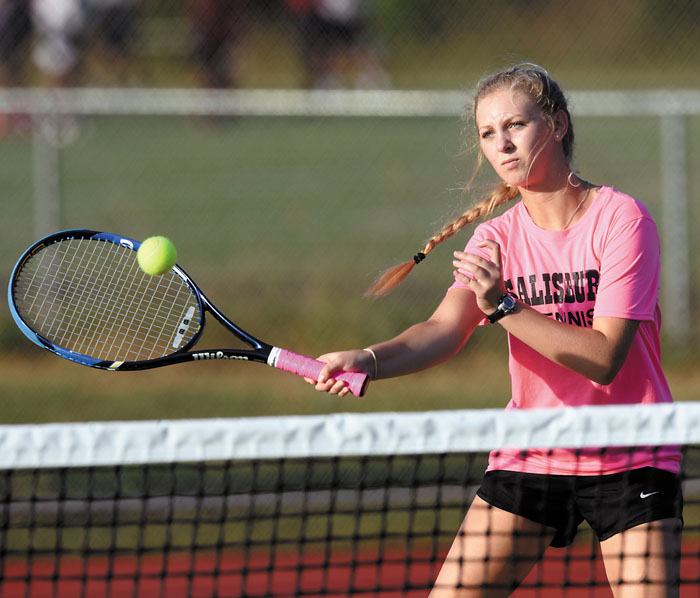 SALISBURY — Salisbury’s girls tennis team breezed to a 9-0 victory against East Davidson on Monday to wrap up another Central Carolina Conference championship.

Salisbury played five freshmen and a sophomore in singles, but dropped only one game to the Golden Eagles (6-12).

Sophomore Meredith Burton won at No. 1 singles, 6-0, 6-0, against Makenzie Baity.

The team of Burton/Campion won 8-0 at No. 1 doubles against Baity/King. Thurman and senior Skye Mowery won 8-3 at No. 2 doubles over Rogers/Turner. Chmiel/Webb won 8-0 at No. 3 doubles vs. Makenna Gooch/Alexa Williams.

The CCC tournament to qualify players for the 2A Midwest Regional will be held today and Wednesday in Lexington. Six singles players and six doubles teams will advance from the CCC to regional play.

The regional will be hosted by Salisbury on Oct. 19-20.

The first round of the 2A dual team state playoffs is scheduled for Wednesday, Oct. 17.