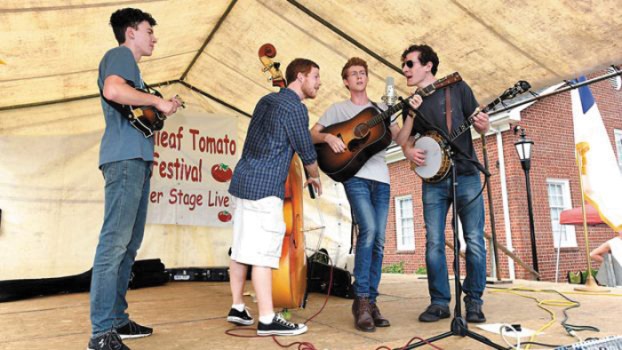 The Trailblazers won the 2018 Momentum Band of the Year Award on Thursday as part of the 29th International Bluegrass Music Association’s World Conference in Raleigh.

Members of the band include Daniel Thrailkill, lead vocal and guitar; Jonah Horton, mandolin; Alex Edwards, banjo and vocals; and Will Thrailkill, bass and vocals. Ivy Phillips sometimes appears as a guest on fiddle.

The Thrailkills and Edwards are from Rowan County. Horton is from Wilkesboro.

Also at the conference this week, Daniel Thrailkill was named 2018 Momentum Vocalist of the Year.

The Momentum Awards selection process differs from other IBMA awards because they shine a spotlight on professionals in the early stages of their careers who are not as well known.
The Trailblazers also are featured performers at the IBMA’s Bluegrass Ramble this week.
The Trailblazers’ music combines bluegrass, Americana, folk and jazz. In the past, the band has opened for acts such as Ricky Skaggs and Kentucky Thunder, Blue Highway and The Kruger Brothers. The band also has played on the main stage at MerleFest.
You Might Like

SALISBURY — Sharon Earnhardt Jackson has always been a multi-tasker. At the Salisbury Post, she seemed to do everything —... read more