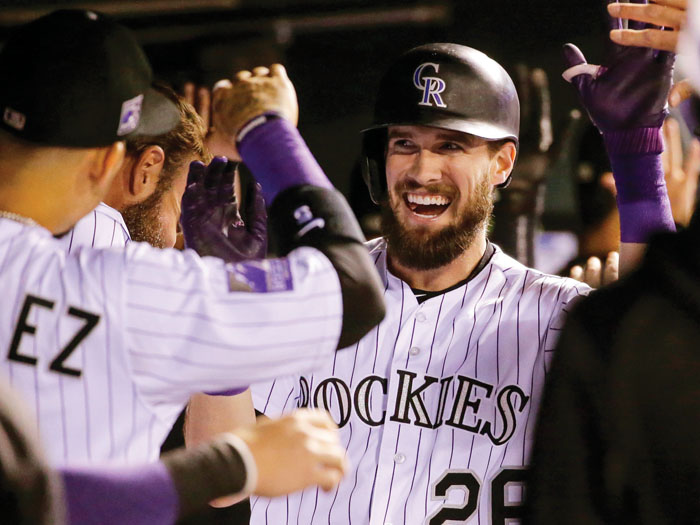 Colorado Rockies' David Dahl (26) is congratulated by teammates in the dugout after hitting a three run home run against the Philadelphia Phillies during the third inning of a baseball game on Tuesday, Sept. 25, 2018, in Denver. (AP Photo/Jack Dempsey)