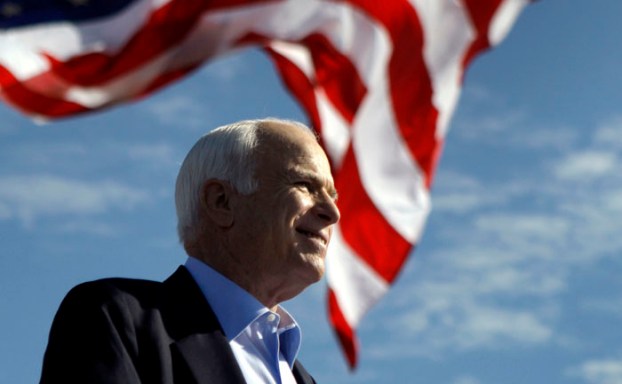 Sen. John S. McCain once commented about the flow of money into lobbying and election campaigns as “nothing less than an elaborate influence-peddling scheme in with both parties conspire to stay in office by selling the country to the highest bidder.” (Page 411)

McCain’s comments and admissions stood in stark contrast to the horrific 2010 Supreme Court “Citizens United” finding that ignored two precedent decisions and ruled that government may not ban campaign spending by corporations on behalf of political candidates. (Page 417) In other words, in free speech, corporations are people too.

The noted pages are from the 2012 bestselling book, “Who Stole the American Dream,” by Hedrick Smith, which chronicles the decimation of the middle class through legislation, court decisions, trade deals and tax policies (by both parties) from the 1970s to 2012. It also documents well the growth of the housing bubble, downturn of the market when it burst and the subsequent taxpayer bailout of the “too big to fail” banks and financial institutions. Four years later, one can seemingly understand the rise and election of the “what have you got to lose” candidate of 2016.

If memory serves me correctly, McCain indicated that he was going to side with his governor on the repeal of the Affordable Care Act.

Yes, McCain the maverick, pledged allegiance — not only to his country, its citizenry and his constituents — but also sought to break through the political gridlock and rise above the partisan rancor.

The book is at Rowan Public Library, on Amazon and available for Kindle. Very good read.

Nike just gave every person who has served our country — especially the ones that gave their lives for our... read more