Editorial: Debate should not mar unity 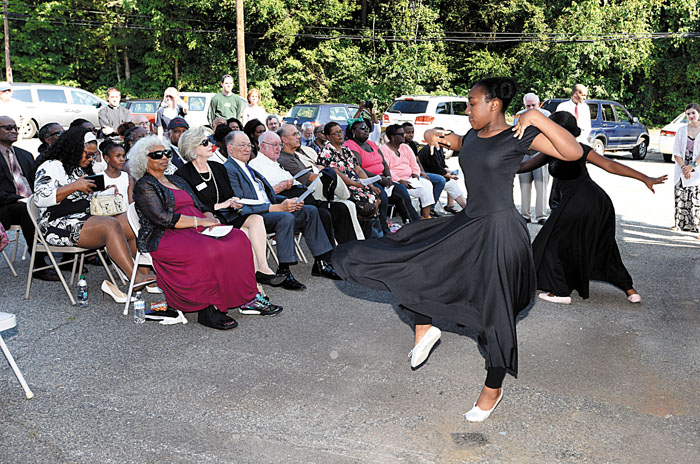 The 2017 Service of Truth, Healing, and Reconciliation was held at N. Long and Gillespie Streets near the site of the lynchings in 1906. The dancers are from the Crown In Glory Dance Ministry. photo by Wayne Hinshaw, for the Salisbury Post

Editor’s note: This editorial has been edited to clarify that the document in question is a resolution.

Nothing the people of Salisbury can do today will undo the injustice wrought on Aug. 6, 1906, when a white mob dragged three black men from the Rowan County jail and hanged them from a Long Street tree, before a crowd reported to be in the thousands.

The lynching was hateful, barbaric, shameful and illegal — a fact fully acknowledged in memorial events held last year and again this week, on the anniversary of that awful day.

Now, what do we do about it?

A resolution from the city could be fitting, but some City Council members want more time to digest the document Mayor Al Heggins sent them on Friday and sought approval for on Tuesday. No one doubts that despicable racism drove the lynching. The question is how to acknowledge this act of terror in a way that can bring understanding and healing. Facts and words matter.

This shameful chapter in local history started with the ax slaying of Isaac and Augusta Lyerly and two of their children as they slept in their farmhouse near Barber Junction on July 13, 1906. Rumors, racism and a rush to judgment led to the arrest of six black residents from the area, all taken to the jail in Salisbury and then moved to Charlotte for safekeeping. Brought back to Salisbury on Aug. 6 to appear before a grand jury, all six were indicted and entered pleas of “not guilty.” That night, a white mob abducted three of the men from the jail and hanged, shot and mutilated them.

People wonder why the mayor and the group that sponsored an event Monday, Actions in Faith and Justice, want to revisit such a painful event. As UNC historian and former Rowan resident Claude A. Clegg III said here last year, 1906 was not that long ago. “The more we can understand what happened during that time period, the more we can understand our current time,” Clegg said.

Understanding is just beginning to sink in. As a community, we have a long way to go.

Several women spoke up at Monday’s event to talk about how fearful they are for their black sons when the young men interact with police. A white man confessed he had chided a black co-worker for holding up his arms when an alarm went off in a nearby building, only later to realize the immediate suspicion the coworker faced because of the color of his skin. Fear and injustice did not end with Jim Crow laws. And they will not end with a proclamation, no matter how eloquently worded.

Citizens don’t want to see the council mired down by a resolution. Council should fact check the document with experts on the subject, clarify the policy for processing resolutions and then unite behind one clear message: Lynching was a horrendous injustice, and we must do everything in our power to prevent modern-day wrongs that are equally unjust.