David Freeze: A day of military history and a few personal memories 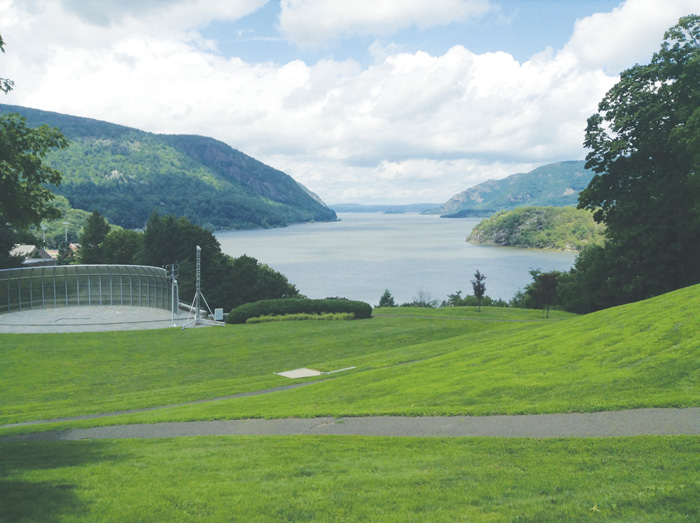 The "Million Dollar View" at West Point is of the Hudson River and facing north. The original garrison was places there to guard against enemy ships on the river. David Freeze

The rain that has been a constant all week at home has arrived in the Northeast. It rained hard Thursday afternoon and again overnight, then parted for a sunny Friday morning for my tour of the U.S. Military Academy at West Point. The afternoon and early evening brought more downpours on my way to Gettysburg.

I had another good night in Tuxedo, New York, and a good run Friday morning before the short 20-mile drive to West Point.

I once wrote about a local athlete who had been accepted at the academy and often referred to it as West Point. A reader said that was wrong, but I got the scoop Friday.

Locals, staff and cadets called the place West Point almost exclusively as did the very good tour guide. It is the U.S. Military Academy but the school wasn’t created until 1802, 24 years after the location became a military base. George Washington called the place “the key to the continent” for its ability to guard the Hudson River from enemy ships and any approach to New York City.

The new visitors center that opened last December is state of the art. It highlights the cadets’ education and has many interactive screens throughout. I got a real feel of what student life is like.

There were just two graduates in 1802, and now there about 4,400 cadets in the “Long Gray Line.” The dress jackets that cadets wear have changed little since the early 1800s.

I took the extended tour of the oldest continuous military installation in the country by bus. We had to be approved to take the tour and go on base by presenting a driver’s license or other ID for some type of background check.

We first toured the Cadet Chapel, large enough for 1,000 worshippers. The sound of artillery was booming the whole time from the hills above the base. Our next stop was the very large military cemetery, where such notables as Gens. George Custer and Norman Schwarzkopf are buried, as well as others like Ed White, an astronaut who walked in space and who died in a fire on the Apollo spacecraft.

Daniel Butterfield, a Union general who composed taps, is also buried there. Most headstones are of the basic military type but families may choose to upgrade the headstone to a larger version.

I was most interested in what we were told about cadet life. All of them must participate on a sports team with 60 sports represented. They must meet strenuous physical standards that include a tough obstacle course. The cadets spend their summers getting additional training abroad or with active military units. The list of classes required is top notch.

A few interesting facts also came from the tour guide. Cadet Dwight D. Eisenhower was a practical joker who spent much of his time at West Point in trouble and had to walk guard duty often. Custer was last in his class — the “goat.” The other cadets usually take up a collection to give to the goat upon graduation figuring that he or she might have trouble in life.

Abner Doubleday, credited with inventing baseball, was a West Point grad and served admirably in the Civil War. Commandants of the post included Robert E. Lee and Douglas McArthur.

The West Point Museum is wonderful with all kinds of military weapons, gear and history of warfare going back to the Romans. Particularly interesting was a large exhibit on early life of the cadets in the 1800s.

Especially interesting to me was the 43-foot-tall statue of Fame, the same one found in Salisbury. It is put there to honor all fallen soldiers from American wars. Around the base of it are captured cannons with the front of them buried in the ground, signifying that the Army will never again fire on their brothers as they did in the Civil War.

To become a cadet, a student must be not older than 22, be single and have no dependents. Candidates must pass extensive academic testing and meet medical and physical requirements, and they must also be nominated by a congressman or senator.

I received the nomination to West Point from Congressman Earl Ruth as a senior in high school and had only to pass the medical testing. While undergoing that testing, I was found to have a heart murmur and immediately washed out of the program.

Friday was my first time touring West Point, although I had seen it once before. I have often wondered how my life would have been different without that heart murmur.

Today, I will spend some time at Gettysburg and the new visitors center. I will report on that tomorrow. See you back here for that!