David Freeze: Literally an up and down day 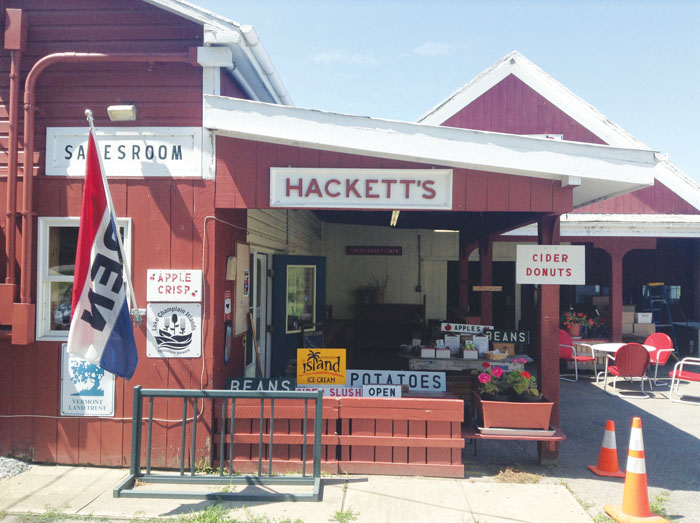 After an early five-mile run Tuesday morning, I left Montpelier and drove about 40 miles to Burlington, the largest city in Vermont.

I found that Montpelier is the smallest state capital in the country at fewer than 10,000 people. It is also the only state capital with no McDonald’s in the city limits.

Burlington, on the other hand, has about 42,000 residents and is quite busy. It seems much bigger, especially Tuesday afternoon when it took me 40 minutes to drive just over five miles.

What Burlington does have is a busy waterfront on Lake Champlain. One person advised me to make sure that I biked north on the Island Line Trail, which starts out as a wonderful bike path at the waterfront and center city.

When I drove into town Tuesday morning, I planned to stop at the welcome center and get more information but just decided to wing it.

I found the waterfront area easily, but I could not find a place to park. There were plenty of parking spaces and lots, but all were part of a system that cost $3 per hour. Since I planned to be gone most of the day, I didn’t want to pay that.

A lawn maintenance guy told me to avoid the parking fees because it was a scam and to look hard for free spaces. He told me where he thought there might be some. Those were not free, but I found some on the street close by.

I got on the bike and rode north amid hundreds of other folks out cycling, running and walking.

The views of Lake Champlain were wonderful. The lake is 120 miles long and up to 12 miles wide and is considered the most historic body of fresh water in America.

Tuesday was one of those days when I stumbled into something good, especially the more I understood the Island Trail System. Just past Mile 9, I entered a gravel causeway that culminated in the Law Island Trail Bridge. Following an 8-foot-wide trail, I came to a stopping point at Mile 12.

A “cut” in the trail to allow for passage of boats made for something unique. I had been seeing notifications about a seasonal bike ferry to northern islands. I found the ferry and listened to an explanation of what I thought was going to be a ride across to Hero Island, the next installment of Lake Champlain islands. I got on the ferry after paying $5 for a one-way ticket and went for a one-minute ride to the other side of the cut.

The passengers looked around in amazement, wondering, “Is that all it is?” It was. I was told I could get the return ride for $3.

Next I pedaled into Hero Island and quickly understood why this island chain is considered a must see. Beautiful farms, vistas of the lake and nice people. Vermont Sen. Bernie Sanders has a home here, but I didn’t see him.

The best purchase I made was a half dozen cider doughnuts hot and fresh. They were all gone before I made it back to Burlington.

I rode up and down hills to North Hero Island and decided to turn back. If I hadn’t turned back, the chain of islands and ferries could have taken me all the way to Montreal. As it was, I was just 20 miles from Canada.

The complete trip is now on my bucket list.

The return trip once I got back to South Hero and joined Vermont Routes 2 and 7 became very hilly. The Green Mountains finally had me, and I worked hard, up and down, for about 20 miles.

Back to Burlington, I rode the other two miles of the bike path that I hadn’t seen. While crossing a railroad at an angle, my front tire slipped into the rail opening and threw me hard to the pavement, right in the busiest part of the waterfront. As far as I can tell, nothing is hurt on me or the bike. Not even a cut hand, which is pretty common on a bike fall.

I ended up in Shelburne at the North Star Motel, about five miles south of Burlington. My plan is do some more cycling south of the area today and possibly take in an area around Bennington, which was suggested by another reader.

I am looking forward to that last day in Vermont after 49 miles cycling Tuesday.

More on Ethan Allen, Revolutionary War hero. He became a tavern owner after the war and visited the same area I cycled Tuesday. While walking home over the winter ice back toward Burlington, the head Green Mountain Boy had a stroke and passed away the next day.

With that, I hope to see you here again tomorrow. There will probably be some more hills but I will try to stay on the bike.