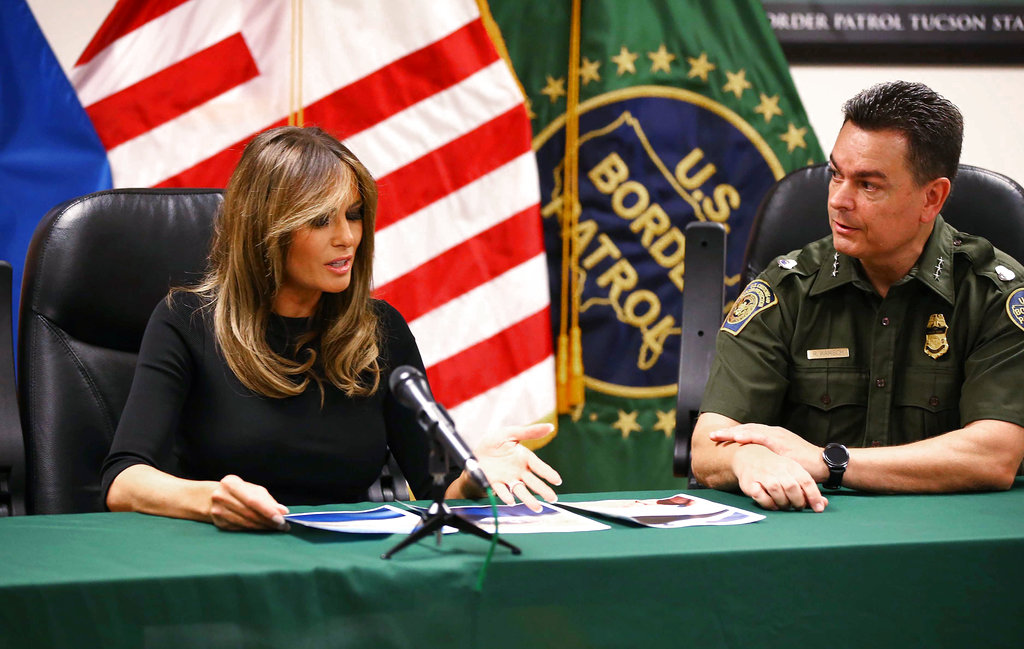 First lady Melania Trump looks at photos of a migrant boy during visit to the Tucson Sector office of the U.S. Customs and Border Protection on Thursday, June 28, 2018, in Tucson, Ariz. It's the first lady's second trip to the border amid continued outrage over President Donald Trump's now-suspended policy of separating migrant children from their families when they cross the border illegally. (Rob Schumacher/The Arizona Republic via AP, Pool)

The first lady may have found her White House calling.

Recently she returned to the border to speak with officials at a U.S. Border Patrol facility in Tucson, Ariz., where she held a roundtable discussion with those on the front lines of the immigration crisis.

“I’m here to support you and give my help, whatever I can,” said Mrs. Trump.

It’s her second trip to the border, and she seems laser-focused on the issues there affecting children.

“She cares about children deeply and when the news started to hit I think she was very concerned and wanted to make sure the kids are being well taken care of,” said her spokeswoman Stephanie Grisham. “She doesn’t like to see parents and kids separated,” she told The Associated Press.

Melania Trump has not had an easy go of it since becoming first lady. She and other family members have been the target of late-night talk shows, and social media has been cruel to Melania. Being married to the president of the United States can be daunting to anyone, but it is fair to say that her husband has drawn more ire from all sides than most.

We applaud Melania Trump and her efforts to understand the situation on the border and use her position to improve it. She is a smart and accomplished woman and has the unique circumstance of being an immigrant herself.

She is becoming more high-profile in her current role and that can be a powerful thing as we’ve seen with some of her predecessors.

Border security is important but so is empathy, and this first lady is certainly exhibiting it.