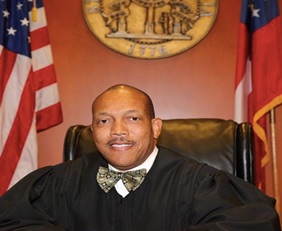 CLEVELAND — The R.A. Clement Association is holding its 22nd R.A. Clement Biennial Reunion this weekend at the Livingstone College Hospitality Center and at the R.A. Clement Rosenwald School (Old Building) in Cleveland.

Featured speakers at the reunion dinner Friday were Judge Ronald B. Ramsey, West Rowan Class of 1977, and Charles and Marsha Steele Knox, R.A. Clement, West Rowan Classes of 1967 and ’68, respectively. These classes will be celebrating their golden anniversaries. (Look for details in Sunday’s Post.)

Ramsey is a 1981 honors graduate of North Carolina Central University with a B.A. in political science. He began his professional career in Atlanta, Georgia, with the National Labor Relations Board (NLRB) and enrolled as an evening student at John Marshall Law School.

Upon being admitted to the Georgiaber in 1992, Ramsey served as a member of the NLRB legal team for two years, became a certified mediator and remained a key member of the Justice Center of Atlanta’s mediation team for 18 years.

His multifaceted career includes being appointed in 2000 as the first African-American municipal court judge in the city of Stone Mountain, Georgia, and serving in the Georgia State Senate, and for four years was the only African-American attorney serving in the Senate. He also became chief legal officer for DeKalb County Schools.

Georgia Gov. Nathan Deal appointed Ramsey as an associate judge of the inaugural DeKalb County State Court-Traffic Division, a post to which he was elected in 2016. Ramsey was also admitted and qualified by the Supreme Court of the United States in November 2015.

Ramsey has been married to his wife, Doris, a graduate of N.C. State University, for 33 years and they have a son and a daughter.

Marsha has taught in the Baltimore City schools, Rowan County (West Rowan High and Erwin Middle schools), the High Point/Guilford County Schools and Danville Virginia Public Schools. She has also taught at Bennett College and currently teaches at Guilford Technical Community College. She is a member of the Salisbury Alumnae Chapter of Delta Sigma Theta, Sorority.

Charles E. Knox, son of Esther Knox, was raised by grandparents John and Mae Jane Knox. He graduated from R.A. Clement High School in 1967 and earned a B.S. degree in physical education and recreation from N.C. Central University in 1971. After a stint in the Army and studies at Rowan-Cabarrus Community College, he worked at Fieldcrest through its merger with Cannon and transition to Pillowtex, which closed in 2003.

Charles worked with the N.C. Labor Department in Winston-Salem as a health and safety compliance officer until retiring in 2014.

The Knoxes are the proud parents of two sons, Brian and Kevin, and grandparents of six grandchildren.