“All Can Play” at Ellis Park: Grand reopening to be held Thursday 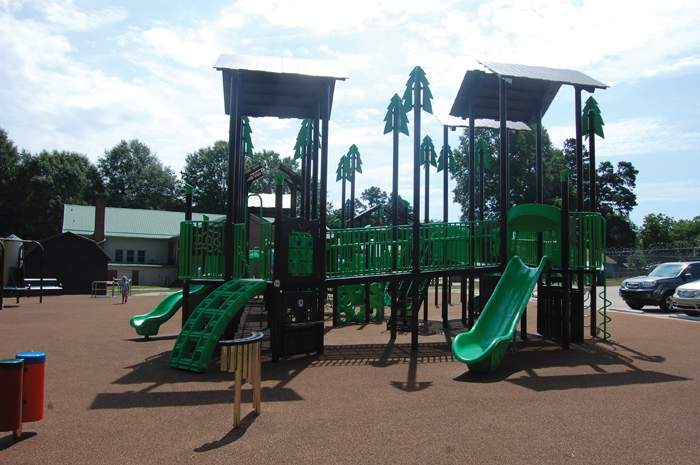 Andie Foley/ Salisbury Post - The newly constructed, "All Can Play" playground at Ellis Park was completed two weeks ago. Its grand opening will be held Thursday, July 12.

SALISBURY — The official grand re-opening and ribbon cutting of Ellis Park will be held Thursday, July 12, at 10 a.m., rain or shine.

The re-opening follows the installation of a new playground accessible to children with disabilities, made possible through a state grant the county received in early February.

In 2017, the county received $264,959 from the Parks and Recreation Trust Fund for the project, a primary source of money to build and renovate facilities in state parks.

The project was one of 18 of 50 applicants across North Carolina to be selected to receive the funding.

Improvements include accessible swings, a braille panel, a sign language panel and a musical keyboard panel.

There’s also an instrument section with drums and a xylophone.

Also included in the playground area is an inclusive “orbit”: a merry-go-round that accommodates someone in a wheelchair, seated or standing all at the same time.

The goal of the playground, said Parks and Recreation Director Don Bringle, is for it to be a place where children, parents, grandparents, siblings, or friends with and without disabilities can interact and play.

“Right now, as you well know, we’ve got grandparents raising children,” he said. “With this park, parents and caregivers can be with their children on all parts of the playground.”

Since its completion two weeks ago, Bringle said the park has seen an influx in new patrons: many traveling from outside the Ellis area to enjoy the new, accessible equipment.

Nicola Lattimore, a mother of two out Friday enjoying the new amenities, praised the park for its accessibility for persons with disabilities.

“They’re kids too and they want to play too,” she said. “I think that’s fantastic. … You can tell they put a lot of thought into different aspects. It’s really great to get a park this nice in Salisbury.”

Jared Ingram, who was out with daughters Lakelyn and Haddie, agreed.

“I love it. It’s so nice,” he said. “There’s not many playgrounds that are suitable for 1- to 2-year-olds at that stage. Now, they’ve actually got stuff for them to play on.”

Bringle said that the playground’s new title reflected just this sentiment: “All Can Play.”

Ellis Park is located at 3541 Old Mocksville Road in Salisbury. For questions about the park or the grand re-opening, call Don Bringle at 704-216-7780.