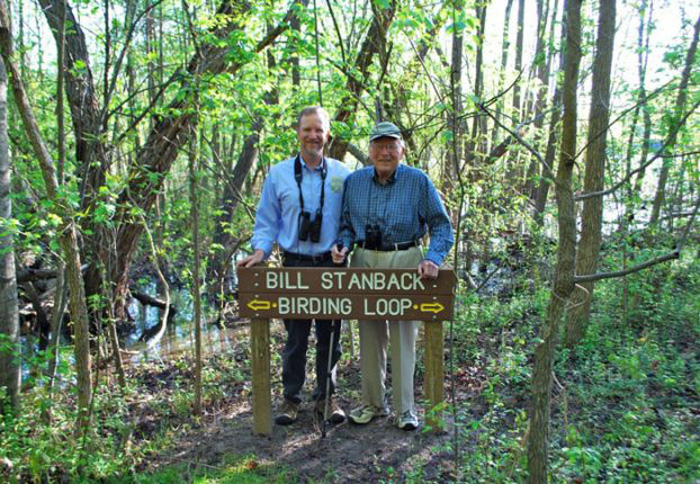 SALISBURY — Near the end of a more than five-hour Salisbury City Council meeting Tuesday, council members were deciding what remaining agenda items to hold for their June 19 meeting.

Tamara Sheffield knew there would be one agenda item that could be decided quickly that night — renaming the Prescott section of the greenway after Bill Stanback.

Parks and Recreation Director Nick Aceves made a brief presentation before the council’s vote, saying that the 30-day public input period for the renaming had ended and that his department received no comments, positive or negative.

The council then voted unanimously to approve the renaming to honor the late philanthropist and public servant.

“This is a great day. This is wonderful,” said Mayor Al Heggins.

Stanback, who died at age 95 earlier this year, was a former mayor of Salisbury, a business leader and an advocate for many causes.

A renaming ceremony for the Prescott section of the greenway will be planned in the next few months.