US Open champ Stephens in good form at Roland Garros 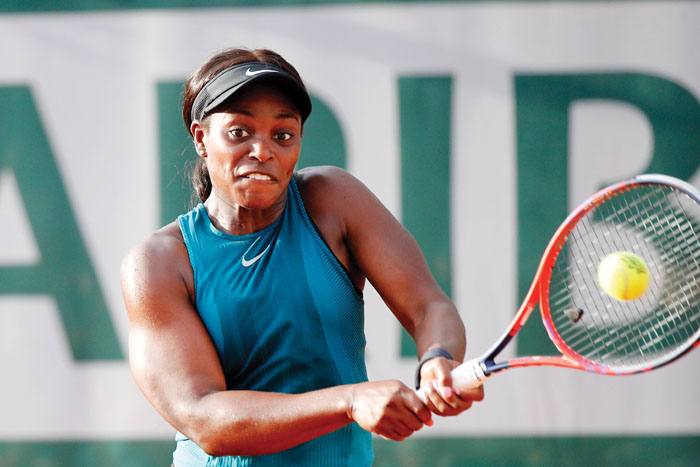 Sloane Stephens of the U.S. returns a shot against Poland's Magdalena Frech during their second round match of the French Open tennis tournament at the Roland Garros stadium in Paris, France, Wednesday, May 30, 2018. (AP Photo/Christophe Ena)

PARIS (AP) — Sloane Stephens has dropped only six games in her first two matches at the French Open.

“Just FYI. Sloane Stephens is winning this tournament,” McEnroe tweeted after Stephens dispatched qualifier Magdalena Frech 6-2, 6-2 in just over an hour on Wednesday.

The 10th-seeded American player, who never got past the fourth round in her six previous appearances at the tournament, is more cautious. She missed the tournament last year and went through a stretch of poor results after winning at Flushing Meadows. She knows getting carried away would be a big mistake.

“That’s so sweet, that was nice of him,” Stephens said about McEnroe’s tweet. “I mean, I can’t predict the future, I don’t know. I would love to. We’ll see next Saturday.”

There is a very long way to go for Stephens, who has yet to meet top contenders in Paris. She will face a more serious test in the third round against Camila Giorgi of Italy, who has lost only eight games in the first two matches.

Giorgi has beaten Stephens twice in their three meetings, including a 6-3, 6-0 rout in Sidney this year on hard court. Stephens does not give too much importance to that result, though, as it came during her post-U.S. Open struggles following a knee injury.

“I was coming out of an injury and tried to get my season started,” she said.

After winning in New York, Stephens did not win a match for the rest of the season. She was beaten in the first round at the Australian Open in January and struggled with her tennis until March when she won the title in Miami.

So for now in Paris, Stephens is just happy to “feel good.”

As for McEnroe’s prediction, just wait and see.

Caps hold off Knights to even Stanley Cup Final