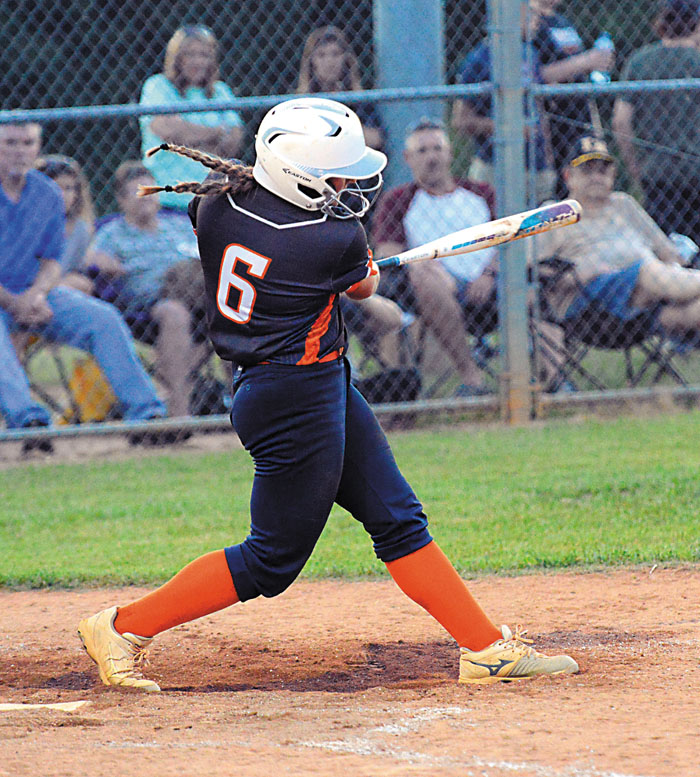 TAYLORSVILLE — A bang-bang play at first base ended Carson’s 5-4 loss at Alexander Central on Tuesday night in the first game of the best-of-three 3A West Region championship series.

That was the end of a frustrating night for Carson, which managed three doubles and eight singles but left a ton of runners on base. Only one Carson hitter struck out.

Fourth-seeded Carson (20-7) tried unsuccessfully to make a spirited comeback from a 5-1 deficit late in the contest.

It was all Alexander Central early. Third-seeded AC (25-5) jumped out to a quick 2-0 lead and added three more runs in the fifth to knock out Carson starting pitcher Rylie Stewart. Shortstop Katie Jewell moved to the circle to replace Stewart. She got Carson out of trouble in the fifth and put up a zero in the sixth.

Carson picked up a single run in the sixth. Down 5-2 going to the seventh, Carson suddenly got back in the game on Jewell’s one-out, two-run double.

Jewell was picked off  second base for the second out of the inning, but Kary Hales kept Carson’s hopes alive with a base hit. With Hales at second base and a 2-and-2 count on batter Liza Simmerson, play was halted by lightning.

After a storm and a 72-minute delay, Simmerson returned to the batter’s box. She walked on a 3-and-2 pitch and a passed ball sent Hales scurrying to third base, carrying the tying run.

That’s when Stewart grounded out to ended the game. It was a controversial call.

NOTES: Game 2 will be played at Carson at 6 p.m. on Thursday. If Carson wins, a decisive Game 3 would be played in Taylorsville on either Friday or Saturday. … Both teams have the same mascot — Cougars. … The loss ended Carson’s 11-game winning streak.