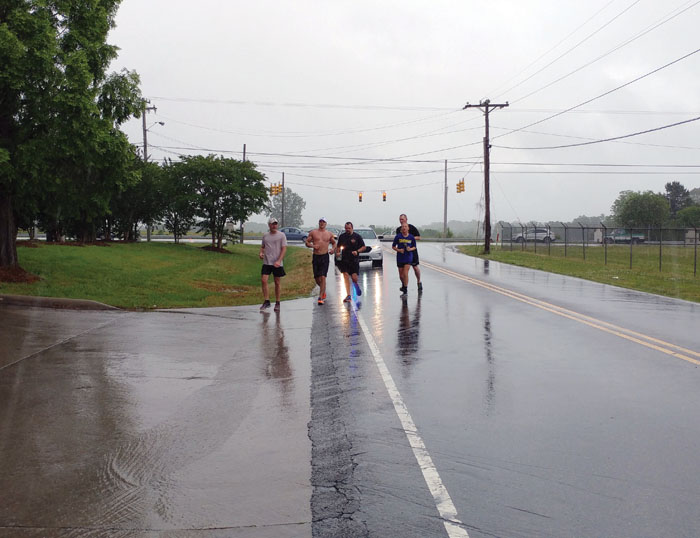 SALISBURY — Despite the rain, a small group of Rowan County sheriff’s detectives ran 10 miles Wednesday morning to raise money so that Special Olympics athletes won’t have to worry about the cost of participating in their respective sports.

More than 200 North Carolina law enforcement agencies carry the Flame of Hope 2,000 miles across the state, culminating in the lighting of the cauldron to open the Special Olympics North Carolina Summer Games in Raleigh.

Many of the officers have participated for years, including Detective Chad Moose, who has missed only one run in 24 years.

Sheriff’s Office Torch Run coordinator Billy Basinger said the runners do it for the athletes who participate. He said just seeing their smiling faces when they compete is worth it.

Basinger said the athletes put in 100 percent effort from beginning to end.

Hannah Schmeltzer, 13, whose father is a detective, also participated in the run. The Knox Middle School student said she ran for the first time because she wanted to give back to her community.

When her father, Patrick, asked her if she wanted to run for Special Olympics, she answered quickly.

The veteran officers will continue fundraising throughout the year including an upcoming sausage biscuit and hot dog sale.

Anyone who would like to help with fundraising should contact Billy Basinger at the Rowan County Sheriff’s Office at 704-216-8700.