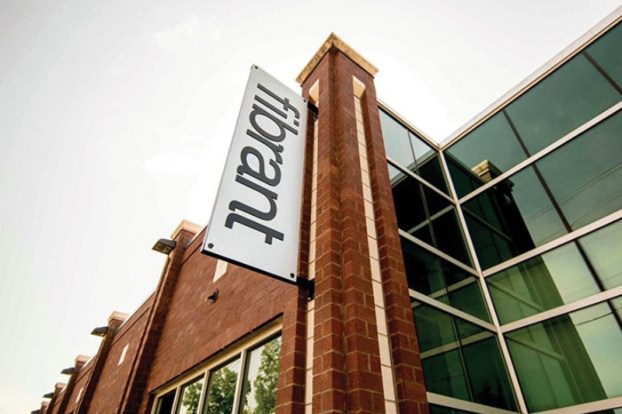 SALISBURY — Early voting begins today. In addition to choosing between candidates for public office, voters also will decide whether the city can lease its fiber broadband system, Fibrant, to Hotwire Communications.

The Salisbury Post sat down with Jonathan Bullock, vice president of corporate development and government for Hotwire, to get answers to some of the most persistent questions about the deal.

A: Bullock said no.

“We will be upgrading the service to our Fision brand product, which is an ultra high-end video voice and internet and home automation offering,” Bullock said.

Bullock said Hotwire would “move away from” providing email addresses for customers.

“With Gmail and things like that being prolific, they’re better quality than an (internet service provider) can offer,” Bullock said.

Bullock said Hotwire would use Fibrant.com email addresses “for some period of reasonable time so people can transition.” He said that would be at least until the end of this year.

Bullock said he would be “happy to have” a tech person help Fibrant.com email address users transition to a different email system.

Q: If I called with a complaint, would I still be able to talk with someone in Salisbury?

A: Bullock said Hotwire would still have employees in Salisbury, but they wouldn’t be call-center employees.

“There are some things that are just, no matter how many customers you have, that are just better handled from a centralized corporate location,” Bullock said.

Bullock said Hotwire has two customer call centers — one in Fort Lauderdale, Florida, and one in Atlanta. He said Salisbury’s call center would “definitely be integrated into our call center.”

The staff in Salisbury would include account managers, field technicians and managers. They would still be based at the Fibrant office at 1415 Martin Luther King Jr. Blvd.

Q: How many employees would still work in Salisbury?

A: Bullock said he does not the answer to that yet. He said the operational team is still “trying to figure out a good game plan to move forward.”

“I think a lot of the issues you have here is you have a system that’s running not a lot of customers, but you have the staff of a midsized cable system,” Bullock said. “And it’s tough to make that work with that many people. So there will be some moves.”

Bullock said he thinks there are about 20 people dedicated to Fibrant now.

Q: What services would Hotwire offer?

A: Bullock said Hotwire offers video services like replay TV — “which allows the customer to go back …in a channel and see without having recorded or DVRed it” — and Fision GO, which would allow customers to watch channels on an iPad or tablet.

“And so these are things that make us more competitive in the marketplace against someone like Charter. And (we) have features that people are looking for an actively want and will go out of their way to get,” Bullock said.

Q: Would prices increase if Hotwire took over?

A: Bullock said there is nothing in the lease that specifically requires Hotwire’s prices to be at or below Fibrant’s.

However, there is a requirement that Hotwire’s offerings be “competitive with the services offered by providers … offering communications services in the city of Salisbury.”

“As a fundamental business practice, Hotwire will be offering a better quality service at competitive pricing because we want to grow our subscriber base in Salisbury,” Bullock said in an email. “It would not make sense to come into a system that’s losing subscribers and increase rates when the end goal is more subscribers.”

Bullock said there would also be a service for low-income people — those with an income of 135 percent or less than the federal poverty guidelines or with someone in the household who qualifies for Supplemental Nutrition Assistance Program, Medicaid, Supplemental Security Income, Federal Public Housing Assistance or Veterans Pension and Survivors Benefits.

He said his goal is to have that price be $14.99 a month for high-speed internet.

Bullock said he does not yet have an estimate of what market-priced services would cost.

Q: Would Hotwire be required to update system infrastructure during its lease?

If Hotwire did not maintain that “service-level standard,” Bullock said there is a “protection mechanism” in the lease that would give the city an option to back out of the deal.

Q: Is there a way that the city could lose money on this deal?

“The city is guaranteed that minimum amount,” Bullock said. “And any money I make, they get a share of. This revenue share is not dependent on my profitability.”

“There is no loss scenario here for the city that I can envision,” Bullock said.

Q: What does the city have to do to hold up its end of the bargain?

A: Bullock said the city’s biggest contribution to the agreement is something the city has already done — building the Fibrant system.

“The city really gets to step back,” Bullock said.

Bullock said the city would have a few smaller contributions, including fixing a “pole attachment issue.”

City Manager Lane Bailey said Duke Energy and other utility providers have standards for height and distance between lines for safety reasons. He said the pole attachments that were installed are “out of compliance” with those standards.

Bailey said the city is in litigation to fix the problem and that it is “close to getting that resolved.”

The city would also be required to give the City Council quarterly reviews on how Hotwire is performing and maintain the current Fibrant customer service building.

Q: What happens if someone buys Hotwire or if Hotwire merges with another company during the lease with the city of Salisbury?

Bullock said that if a company like Charter tried to buy Hotwire, the city would have a right to say if it thought the buyout would be “economically detrimental.” If it concluded that it was, the buyout or merger could give the city cause to terminate the lease.

“But we put that in there just because it’s a long-term agreement, and you just don’t know. But I’m not out here with a ‘for sale’ sign either,” Bullock said.

Q: Why does Hotwire want to lease Fibrant?

Bullock said there are a number of reasons. For one, he said Fibrant’s fiber infrastructure is “really well-built.”

“(It’s) in a great town with a lot of opportunity,” Bullock said. “And with my size and synergies, I knew I could make money here and still share revenue with the city in exchange for the use of its fiber.”

He said it is a “good business opportunity” for Hotwire.

“And the city was in a tough spot,” Bullock said. “This is a good opportunity for everybody.”

City voters will have until May 8 to vote on the Fibrant-Hotwire lease.

By Jon C. Lakey jon.lakey@salisburypost.com SALISBURY — A downtown parking lot was a spectacle for many shop owners, workers and... read more