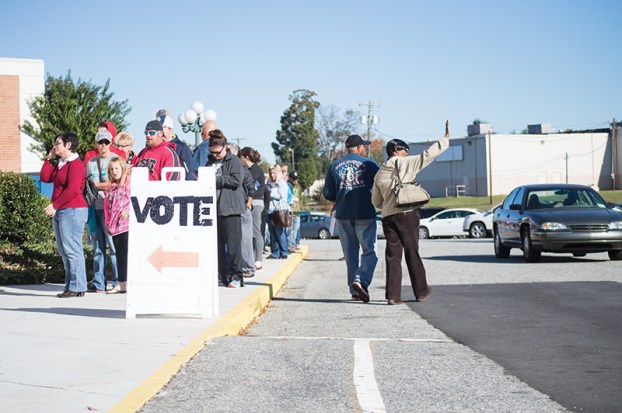 Tar Heels will have a fourth political party to choose from when updating their voter registrations, and some North Carolina voters will see a new candidate designation on their ballots this fall.

By unanimous vote, the new nine-member State Board of Elections and Ethics Enforcement chose Tuesday to recognize the Green Party in North Carolina. The Greens applied for recognition under a new state law extending ballot access to political parties listed on ballots in 70 percent of U.S. states in the most recent presidential election.

That means voters now have five registration options — Democrat, Republican, Libertarian, Green and unaffiliated. It also allows Green Party candidates to file for office and appear on November ballots. Party members will nominate their candidates in a convention in lieu of holding primaries this year.

Whether you love, hate or have never heard of the Green Party, its inclusion is good news for democracy. Like-minded people banding together under a common banner and working to effect change is, after all, what America is all about. …

The Green Party is a self-described progressive group whose name reflects its focus on environmental issues. Its 10 key values include ecological wisdom, nonviolence, decentralization of wealth and power, future focus and sustainability and personal and global responsibility. The Greens eschew corporate campaign contributions and political action committees and encourage grassroots activism.

Some Democrats fear the far-left Green Party could play the role of spoiler and siphon off some of its more progressive voters, just as Republicans fret about losing small-government conservatives to the Libertarian and Constitution parties. Traditionally, third parties face ballot access hurdles because the Ds and Rs in power would rather divide the Election Day pie between themselves than carve out more and smaller slices.

We’ve always said more choices are better than fewer choices, and we welcome the Green Party’s addition to North Carolina’s political landscape. We’d like to see even more political parties in the mix.

In the same vein, our state should stop punishing independents by requiring them to petition for ballot access. Collecting thousands or tens of thousands of signatures is a high hurdle that prevents otherwise qualified unaffiliated candidates from putting themselves forward for public service.

Unaffiliated is a catchall category for voters who are not a member of a recognized party. That designation is No. 2 in North Carolina voter registrations — behind Democrats and ahead of Republicans and Libertarians. Though unaffiliated voters don’t comprise a political party, if they did, that formidable voting bloc would immediately become a contender. North Carolina should add an unaffiliated primary to its May election schedule…

While the game’s still rigged and the playing field’s still tilted toward the two major parties, giving Greens a place at the table is a quantum leap forward for political choice.

I hope that, since Jodie Trexler Laird was on the Dr. Phil Show, your town and its citizens will apologize... read more