Curtis Trexler convicted of 2016 murder of grandmother, sentenced to 26 to 33 years in prison 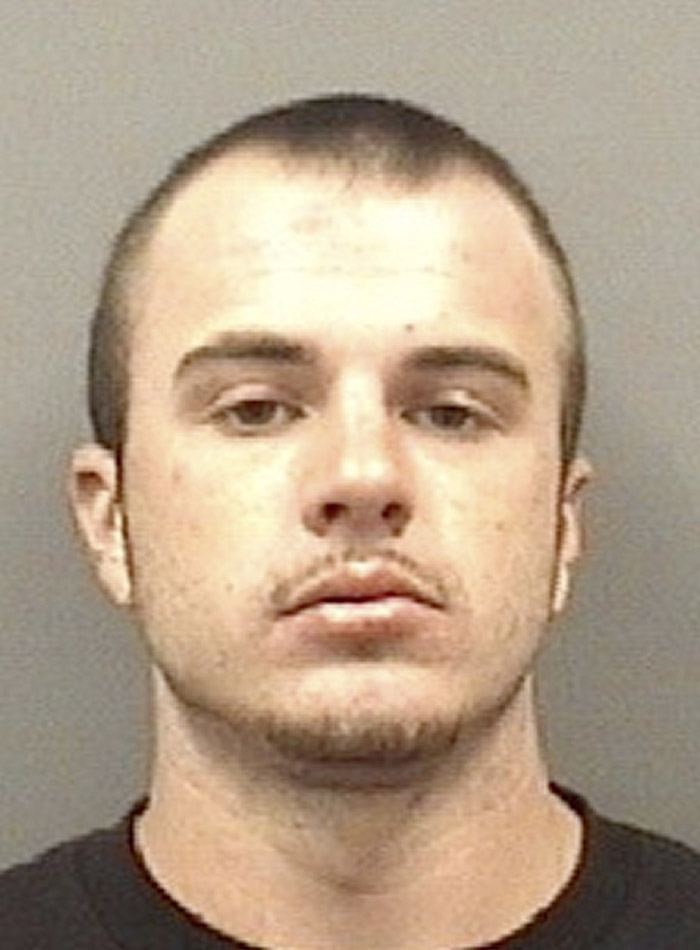 SALISBURY — Curtis Wayne Trexler pleaded guilty Monday in the July 2016 murder of his 75-year-old grandmother, Joyce Ann Trexler, who was bludgeoned to death with a ceramic bowl from her own kitchen.

Curtis Trexler, now 32, was originally charged with first-degree murder. He accepted an Alford plea, and the charges were reduced to second-degree murder. Superior Court Judge Lori Hamilton sentenced Trexler to 26 years to 33 years in prison.

In an Alford plea, the defendant does not admit guilt but agrees that there is enough evidence that he would likely be found guilty in court.

If convicted in a trial, Trexler could have spent the rest of his life in prison without parole. Based on his acceptance of a plea, he could have been sentenced to a maximum of 41 years.

Rowan County District Attorney Brandy Cook told the court that the Trexler family did not want to go through a trial. Joyce Trexler’s family was in court, including her son Wayne Trexler Jr. and daughter Lisa Trexler Waddell.

On July 18, 2016, Rowan County investigators went to Joyce Trexler’s home at 295 Ellis Loop Road after the county’s 911 center received a call from someone frantically asking for help. Authorities said Curtis Trexler made that call. Later the same day, he was named as the person who killed Joyce Trexler.

Rowan County authorities said at one point, Trexler told them he thought his grandmother fell and injured herself. But investigators said there was no evidence of a fall.

Search warrants revealed that Trexler struck his grandmother on the head and injured his own hands on shards from the broken bowl. Trexler tracked bloody footprints throughout the house and at nearby Discount Mart, a convenience store at Old Mocksville and East Ridge roads.

Trexler told investigators he walked to the store early that morning to buy an energy drink and cigarettes but realized the store was closed and returned home. He said when he got home, he found his grandmother dead. He said he had not locked the door when he left.

He told investigators he was asleep on the couch and woke up to go the store. The trip took him five to 10 minutes. He said he saw his grandmother dead on the floor when he returned. Trexler said he must’ve blacked out, walked out of the house and returned to call 911.

An investigator walked to the store and determined that it would take two minutes and 34 seconds to walk there and back.

A security video from the store showed Trexler walk up to the store at 5:01 a.m. In the video, Trexler is seen with blood on his bandaged right hand. He was wearing only socks in the video.

According to 911 records, Trexler made the call to 911 at 5:04 a.m. from a cordless phone in the house. When investigators met with Trexler, his hands were bandaged and he was wearing bloody socks.

The bloody footprints were measured and matched to a person who wears a Size 10 shoe — the same size that Trexler wore.

Bloodstains were found on Joyce Trexler’s unmade bed. Investigators found her Wells Fargo debit card, $20 and house and car keys under her pillow.

She had told her daughter that she had forgiven Trexler after he returned clothes that she’d bought to a store in exchange for money. But after that, she said, she began sleeping with her debit card and keys under her pillow.

Wayne Trexler said he kicked his son out of his home about a year before the murder after his son stole from him.

Investigators interviewed family and a friend of Curtis Trexler and were told he had a drug problem and had often “stolen money from the financial cards of several members of his family to include the victim, Joyce Trexler,” the warrant said.

In interviews, investigators were told that Trexler was a heroin user and went to a methadone clinic in Salisbury for treatment. His drug abuse had been a concern of his family for several years.

Investigators were told by a witness that Trexler wanted the witness to take Trexler to buy heroin the night before his grandmother was killed.

Detectives also said Trexler used a credit card that he got in his grandmother’s name to buy a PlayStation game console.

The family spoke only through District Attorney Cook, saying the death of Joyce Trexler had a huge impact on them. They said Joyce Trexler took her grandson in when no one else in the family trusted him.

Curtis Trexler declined to say anything in court Monday.

Cook commended the Rowan County Sheriff’s Office for its work on the investigation.