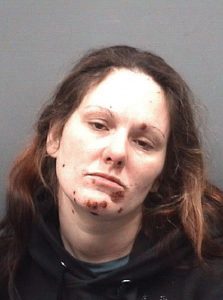 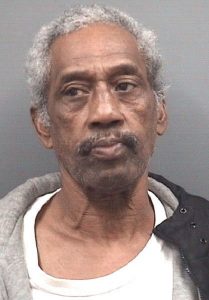 The residence, 1270 Gheen Road, is also a place about which authorities have received numerous complaints about drug and gang activity.

Officers with the Rowan County Sheriff’s Office Criminal Investigation Division went to the home Tuesday after to investigate those complaints.

“The home is a well-known location for drug activity,” authorities said in a statement.

Detectives searched the home and found a small amount of cocaine and drug paraphernalia as well as evidence of ongoing drug sales and drug use inside the home.

Blackwell has previous convictions for possession with intent to sell a controlled substance and possession of drug paraphernalia and a number of driving while impaired offenses that date to 1980.

Loflin was convicted in 2016 of possession with intent to sell a controlled substance and possession of drug paraphernalia. She was released in February and is currently on parole.

The arrest comes a month after 21-year-old Gregory Yarborough was killed at the home, which is off U.S. 601.

In that Feb. 9 incident, authorities received a report that a man had been shot. When deputies arrived, they found Yarborough, of Hope Hill Road, injured and not breathing. A deputy performed CPR but it was unsuccessful. Yarborough died at the scene.

Officials said Sanders left the home before law enforcement officers arrived. Someone arranged a meeting with Sheriff Kevin Auten, and Sanders surrendered and turned in the gun used in the shooting.

Sanders remains in the Rowan County jail without bond.

City Council members get heated over how agenda items are chosen